Paul Henry’s jokes about women, deaf people and infant deaths, proudly brought to you by TVNZ

Here’s a compilation from TV7’s Russell Brown from April this year, highlighting the value for money taxpayers get from paying Breakfast Bigot Paul Henry $300,000+ per year: ridiculing the appearance of guests whose opinions he disagrees with, ridiculing deaf people, women, and the disproportionate rate of infant deaths in developing countries – “but they’ve got enough babies to take care of that, don’t worry about that, we’ve got six others out the back!”. Hilarious Paul.

And special thanks too to TVNZ CEO Rick Ellis because without him none of this would be possible.  Ellis is continuing to hire this guy just for the sake of ratings and a few advertising dollars, even though he takes pleasure in ridiculing, hurting and humiliating people – again, and again, and again – even though he’s costing this country’s international reputation, economy and racial harmony. Top work Rick.

So congratulations TVNZ, you can be really proud of what you’ve become with Paul Henry and the fine judgement of Rick Ellis. 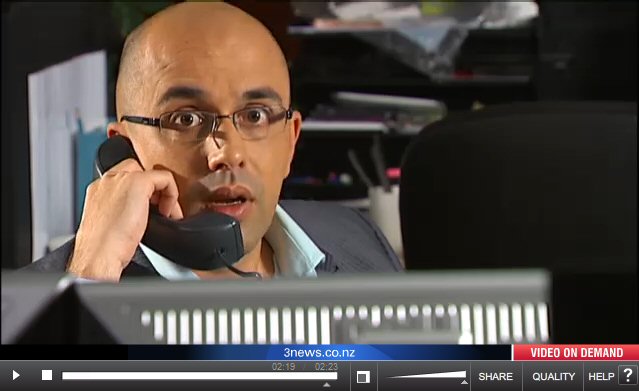 59 comments on “Paul Henry’s jokes about women, deaf people and infant deaths, proudly brought to you by TVNZ ”