What amounts to “good” vision as part of a political campaign?

Is it only in the mind of the holder and skewed by their political position?

Or is it a vision that appeals to the majority, in spite of whether they lean left, right, or to a different place form the left-right spectrum?

Many would say Obama’s “Yes we can” campaign crossed the usual political boundaries. 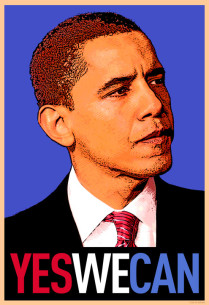 However, considering Obama’s bankster backers, I’m inclined to see such a “vision” as a “neoliberal” style presidential branding, rather than on a realistic vision of a fair and livable society for all of the 99%.

After it looked like the New Zealand Herald was starting to promote Maurice Williamson as future mayor, while bagging Len Brown’s Auckland Unitary Plan, I expressed a wish that the Herald cover the upcoming Auckland Council elections in a fair and balanced way.  Today, the Herald editorial, “Where’s the vision, Mr Williamson?” took a promising turn by offering an alternative view to the previous positive articles on Williamson as potential mayoral candidate.

The editorial argues for Len Brown having a vision that John Banks lacked in the last election:

Aucklanders then clearly supported a candidate with ideas and a vision that did not embrace Mr Banks’ perspective or tally with the National Government’s priorities.

The implication is, that Banks’s motives were the same as Williamsons’:

… to ensure due heed was paid to a National government’s wishes, some of which would certainly not correspond to the desires of Aucklanders.

So what was Brown’s vision?  The NZ Herald on the night of Brown’s victory in 2010:

The 53-year-old Mr Brown stood on a platform of uniting Auckland’s diverse communities and promised rapid process on rail projects.

This actually amounted to a very narrow vision, focused on a key issue for the majority of Aucklanders – transport in an increasingly grid-locked and sprawling city. It manages to give the semblance of unity, by ignoring some more fundamental issues: realities that divided Auckland Central (Epsom?) and North Shore NAct supporters of “neoliberal” values, from those in West and South Auckland struggling to to survive on meagre incomes.

Today’s Herald editorial also glosses over a fundamental division: one which influences many people’s politics for the future.  The editorial dismisses Auckland mayoral candidate John Minto as, like Williamson, lacking vision.  The editorial argues that there needs to be a “worthy rival” to contest Brown’s “policies and planks”.

Only then will the advancement and assessment of alternative ideas, part of the fabric of a healthy democracy, take place. Unfortunately, such an opponent has not emerged. It is not John Minto, the Mana Party candidate for Manukau East at the last general election, who announced his bid yesterday. Nor is it the National Party’s long-standing Pakuranga MP, Maurice Williamson, who is considering running. In both cases, these are the wrong men wishing to be the mayor for the wrong reason.

However, Mana does have a clear vision:

MANA will promote the principle that what is good for Maori is good for Aotearoa. MANA will promote policies that allow all New Zealanders to lead a good life. MANA will outline a budget to meet those expectations. MANA will bring courage and honesty to political endeavour. MANA will guarantee a measure of people power and accountability from its MPs, that has never been seen before in this country. 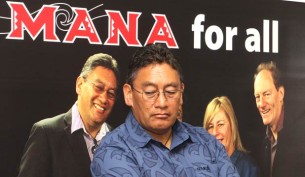 And clearly, Mana and Minto campaign for those struggling on low incomes. Minto does see the mayoral campaign as the opportunity to get Mana’s message out there.  However, it is a message in support of the struggling people that are too often sidelined by the main focus of Brown’s vision.  Brown ignored the workers at the Ports of Auckland. He has a very good vision for compact housing, but it ignores the issue of the need for social, including state, housing.

Minto is standing for the “majority of Aucklanders struggling to get ahead”.  He will focus on these issues:

And as I was typing, Minto was just talking on RNZ about Brown’s failure to support (Port of) Auckland workers, and about Brown’s mayoralty being barely distinguishable from that of John Banks.

What sort of vision should left and progressive candidates and parties provide in the up-coming local authority elections around NZ, and in NZ’s parliamentary elections in 2014?