I started a subscription to Politik – Richard Harmon’s paywall site, and I find that I have been enjoying it. Now that I have my uncompensated, unexpected, and unsolicited plug out of the way…

I was rather amused reading today’s Politik’s “Despite the pact Shaw takes on Robertson“ which you may or may not be able to see from that link (I have no idea how their paywall operates). I was struck by the strange way that some political commentators and probably some politicians view the world at the political coalface – which isn’t in parliament.

Despite the Labour-Greens memorandum of understanding, Greens co-leader James Shaw has decided to go head to head with Labour’s Grant Robertson in the Wellington Central electorate at next year’s election.

My immediate reaction was to wonder what in the hell did a MOU between these two parties have to do with electorates? The Greens seek list vote. They stand in electorate seats primarily to boost list vote. Not standing in a seat means that they’d get less face time and media attention to attract voters with. Labour is far more interested in electorate seats.

What in the hell does a inter-party MOU have to do with that?

A MOU is for a more general cooperation and awareness between the parties so they don’t get at cross-purposes pursuing their individual interests and thereby advantaging their mutual opponents. It isn’t for allocating votes. Voters make those decisions and they usually just ignore or severely disadvantage the politicians who try to make it for them. There is no ‘ownership’ of a vote by political parties, regardless how much some political numbskulls may think that there is.

Sure a Labour MP might stand for an electorate seat and actively try to take it, and yes that the Greens may stand a candidate might result in that seat not going to Labour. But FFS – this is a MMP system and that is what the list is for.

I have been hearing these kinds of obvious misunderstandings about how real political parties deciding to work loosely together for years. What it actually means for strategic political parties is tat they tend to concentrate more on their own ecological niche, and less on trying to go into direct conflict between each other. Why? Because it doesn’t matter if it is a political party, a business, or animals on Savannah – direct head to head conflict is expensive and dangerous.

It isn’t like the arrangements that National has where they help smaller parties to die gracefully while being tactically held up by National. The history on that is pretty obvious. Peter Dunne is down to one MP, Act is down to one MP, and so is the Maori party is on hospice bed with their two MPs. All of those parties have had their vote escape either away from National or to National. Their party members now only fill small rooms.

NZ First narrowly escaped that clutch of a National death back in the 1990s and rebounded. They were also deliberately attacked by National using their Act patsies in 2008 over a matter that was all fluff and no substance (a trademark of National’s disgraced dirty politics brigade). It probably explains why they don’t seem to be particularly enthusiastic to try being drained of vitality by National again.

Real political parties compete for votes and try to retain and grow memberships rather than dying. Labour, Greens and NZ First will get into arrangements with each other, but those arrangements almost certainly will not extend to failing to stand up so voters and members can see them.

I suspect that the Mt Roskill by-election was what got the chatterers  excited recently. Back to Richard H who appears to think that way.

In fact what the decision may show is that there may be less to the Labour-Greens pact than meets the eye in that discussions between he two parties have not yet got down into campaigning details.

Apparently the decision by the Greens not to contest the Mt Roskill by-election was made without any formal discussions with Labour.

Labour accepts the argument from the Greens that because Wellington Central is their highest polling party vote, they need a high profile in the electorate to maintain that vote.

FFS. Accept it? The Greens didn’t stand in Mt Roskill because the effort of doing so wouldn’t return them much (and probably there wasn’t anyone willing to be a candidate). They will stand their best in a general election for Wellington Central because there are votes to be made.

Political parties will expend time and resources where they think that they can get headway just like any other party. If they can’t see benefits outweighing the costs, then they won’t. What parties see as costs and benefits varies a hell of a lot depending on their circumstances, strategies, and resources. They are really no different from any organisation I have ever worked with or for.

Labour has pretty well always stood a local candidate, even in places that are damn near impossible to campaign in. They even do it in unwinnable by-elections where they can find a decent candidate (I’m thinking the recent 2015 Northland by-election here). That is because they are interested in having a  on-the-ground party system across the country. It helps them as a strategy across many elections. But even then, they won’t expend resources recklessly. You can see that in a number of seats in general elections and  by-elections where their candidates simply don’t get a lot of support (and frequently complain bitterly about it).

The Greens and NZ First are a lot weaker at that ground level. So rather than dispersing they tend tend to think about party votes in general elections and concentrating their people power into electorates where they can get the most party votes. Because of the types of party policies they have, they concentrate in different areas.

Just as National has their strategy of spending money and hiring bodies rather than using volunteers, and sucking the life out of any party that is daft enough to get too close to them.

Frankly I’m always puzzled by any political party that wants to get too close to another party without actually agreeing to merge. A working cooperation with limited attacks on the other is all that any rational party would be after. Anyone who has spent a reasonable amount of time (like a couple of decades) down at the coalface of a real political party (or any organisation really) knows this inside their bones. It just seems to me that only the political dilettantes do not.

I consider that the marriage arrangements of the type that National likes inflicting on their ‘friends’ like in the Epsom or Oharui electorates, or the daft ‘cooperative’ plans that the fools from Mana were after in the last election are just outright weird.

Political parties who start thinking at that kind of tactical level like that simply aren’t thinking about how to achieve their objectives over the long term by surviving and growing. Instead they are just volunteering to go quietly into a grave to be forgotten – for someone else’s benefit. 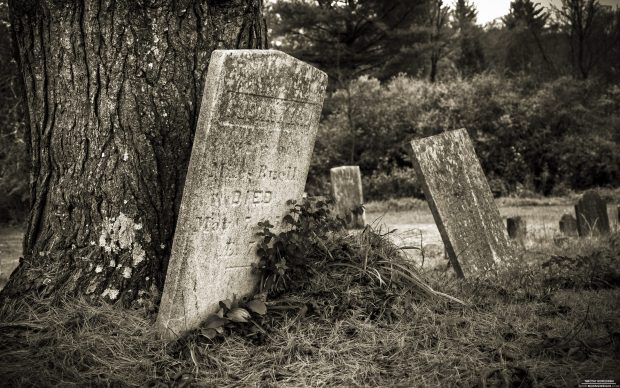 Updated: In the light of writing this early today, it is kind of amusing to hear from RNZ on the way to work that the Maori Party and Mana Party are talking to each other about “unification”. Strategy or tactics?

18 comments on “Politik on Labour/ Greens ”