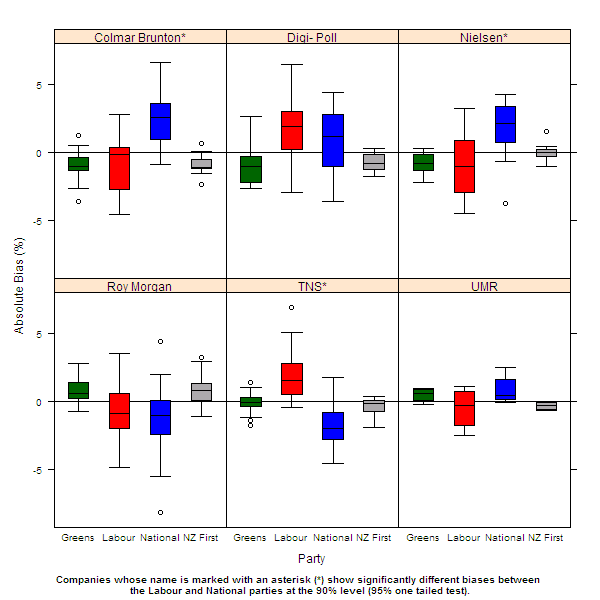 Biases in the party support polls by indiviudal polling company. Companies whoose name is marked with an asterisk show a statistically significant bias towards either Labour or National at the 95% level (ie the absolute bias in one party is significantly greater (or less) than the other). Bias is defined in absolute terms as the (p-s), where p is the value estimated by the individual poll, and s is the mean value estimated using the Loess smoother taking into account all polls. No polls show significant deviations from zero at the 95% level.

This is from the discussion area of the wikipedia page on opinion polls. It is an analysis of biases between the polling companies by trewa. I know how much our own commentators are interested in the biases of different polls, so this will give some kind of basis for comparison.

Personally I think that land-line based polling as being pretty worthless these days. In my opinion, having a listed (in the white pages) land-line is a characteristic of being older, more technophobic, and being of higher incomes – characteristics of a more conservative voter.