PPE from a Universe Far, Far Away 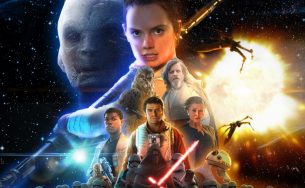 The Resistance Coalition Government has failed miserably and is falling to pieces and the Empire is taking advantage of the shambolic situation and is striking back. Princess Jacinda is under threat and Ashley Skywalker is fighting off attempts to make him appear before the Eye-Browed Empress for a certain execution by forced citation of the Empire’s Border Policy.

While the Covid Death Star is growing in orbit, the five million inhabitants of Planet Aotearoa are wondering what they can do to fight the 19th wave of the Sneaky Menace.

QR codes are one weapon but seem to have had limited uptake and impact so far. Another weapon under development is the CovidCard. However, this may not be the silver bullet either because Aoteareons have an intense distrust of plastic cards that fit within wallets.

Contact tracing is touted as one of the most effective ways to smoke out any infiltrations of the Menace.

Of course, there are the masks and other PPE. Unfortunately, not all PPE is equal and a mask is no protection against carefully hidden lift buttons that can jump out at any time and hit you between the eyes. Only full PPE can do the Jedi trick of keeping out the Menace.

The smart-thinking entrepreneur Darth Vader has developed a new product that he is trying to sell to the Aotearoan Government for mass production. It is pitched with help from a shady sect hailing from the Planet Palantir. 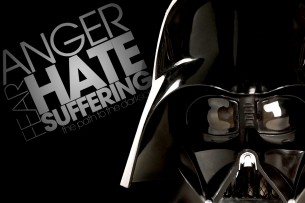 The shiny anti-static and dust-repelling metal jacket helmet comes with tinfoil mesh on the inside to block ionising 5G radiation. The special goggles can scan QR codes and Bluetooth devices and the VR Vizier has a direct link to the Resistance Channel for Live Updates, Tweets, and Facebook messages from the Princess. The audio system has an automatic off-switch when talkback radio waves and/or Magic interference try to hijack it. The helmet is fully integrated with a mask (patent pending) that comprises a clinical-grade filter, specially designed for smoky areas, and has an in-built ultraviolet light source to kill Menace particles as well as a hydrogen peroxide nebuliser to fumigate with sterilising disinfectant – a safe distance of 2 meters is highly recommend. The bulletproof Kevlar pressure suit is air-locked to the headgear and is complemented with an industrial heavy-duty robe made with Aotearoan fleece that repels virus particles by creating eccentric air turbulence when walking – running is not recommended as this might create up-lift and hot air. Military-style boots with easy peel-off Velcro straps and Neoprene gloves ensure protection of the extremities.

An optional add-on is the Lightsaber, which can be used, after some training from a licensed Master, to vaporise instantly any attacking Menace particles. The Standard model has green light with a pleasant warm hue of infrared radiation superimposed; the DeLuxe model has a high-powered Tri-Lithium battery to power an extra ultraviolet light source that gives a bright blue glow, which is ideal during power cuts but bad for melatonin levels.

It is highly recommended that all Aotearoans develop their latent Jedi mind skills to defend themselves against this threat. A collective mind-set is imperative.

May the Force be with you.

11 comments on “PPE from a Universe Far, Far Away ”