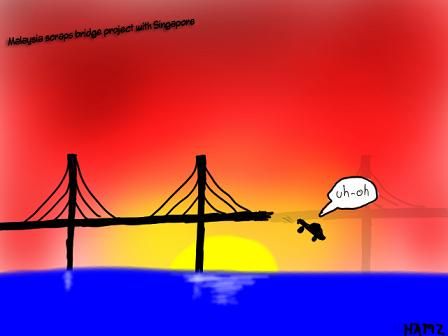 I’ve never seen the sense in Public-Private Partnerships. How is it ever going to be cheaper to get a private profit-making company to come on-board and take the risk for developing a piece of public infrastructure? The Government has to give them a good deal so they can make a profit, and the Government has to step in when things do go wrong because you can’t have major pieces of infrastructure vital to your economy going offline every time some company collapses. It’s not cheaper to use PPPs, it’s more expensive, more complicated, and more risky. PPPs have never been more than a tool for getting spending off the books by hiding the immediate capital costs of construction in the long-term payments to the private contractor.

But it turns out they’re not only a bad deal for the taxpayer, businesses are increasingly hesitant about PPPs. Fletcher Construction says that, while it will bid for PPPs if National/ACT puts them up it would prefer to contract in the traditional way, which leads to quicker construction anyway:

If the aim was to bring projects to fruition quickly, making them PPPs would be a retrograde step, as so much time is involved in setting up the legal framework between participants in the project, [Mark Burns CEO of Fletcher’s] said. He also questioned whether private sector funding would be viable in the current credit environment without Government guarantees, which nullified the transfer of risk to the private sector.

Some of Fletcher’s biggest roading projects this decade have been building the $300 million Northern Busway and upgrading Grafton Gully and the Central Motorway Junction.

The submission said New Zealand was too small to make the formula work other than in a handful of projects.

“Fletcher Construction formed the view years ago that there were few roading projects in New Zealand that would have the traffic volumes to justify the full transfer of risk to the private sector,” the builder said.

Sometimes benefits of transferring the risk of PPP projects to the private sector were illusory, it said, citing the British Government’s bailout of Metronet, the private operator of the London Underground.

Binns suggested that if the transfer of risk was not complete, the true benefits of PPPs came down to an analysis of the funding costs, and there was a strong argument that the Government would be better off just raising debt, potentially through infrastructure bonds, to do the project using other traditional methods of contracting.

The builder also cited major “upfront paperwork and contractual costs” on PPPs, saying the time and cost involved in this phase was significant and tended to counter any savings in the design and delivery phase.