Pressure building for Nats on R&D 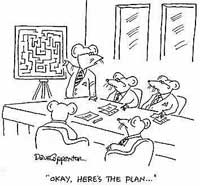 Lest you think we are totally urban focused one of our readers sent us this recent editorial in the Rural News. In it they offer some positive comments around the recent R&D announcement from the government and ponder on National’s inability to offer up any policy:

Rural News: “There has been a recurring theme resonating throughout Rural News over the past five years New Zealand’s agriculture sector desperately needs meaningful investment in research and development (R&D)….

It is gratifying then, that the Government has finally chosen to listen to them. [The] announcement of a $700 million sustainable food and pastoral investment initiative is not so much a win for the science sector, it is a win for farmers and all New Zealanders…

National leader John Key failed miserably in his attempt to take the gloss off a scheme that has sector-wide acceptance. Whereas the Opposition has been able to ride Labour’s mistakes to massive opinion-pole leads, the research initiative announcement forced Key’s hand and exposed a party apparently devoid of policy in this area.

Over the years Rural News has been covering this vital farming sector issue, National has not once given the paper (nor the primary or research industries) a commitment of extra investment, indicating instead it still favours the privately-funded R&D model that scientists continually warn has failed in the past.”

Such rumblings from the usually supportive rural media must be upsetting to the National party. Mr Key is clearly confident that he fully understands the details of the scheme and that everyone else has the wrong end of the stick.

I understand that he may feel a little awkward admitting to an error of judgement. Certainly calling it a “gimmick”, and decisively stating that he’ll scrap the programme does make it hard for him to back down. But it seems somewhat odd that he is avoiding getting a briefing on this topic from Jim Anderton after National’s chief of staff indicated interest:

Jim Anderton: “In this spirit of partnership last week, I offered the Leader of the Opposition a briefing on the New Zealand Fast Forward innovation initiative. Last Friday his chief of staff advised that Mr Key would like to take up this offer of a briefing, and would provide a time for this to happen this week. Unfortunately, I must advise the House that Mr Key after, receiving repeated phone calls and emails this week, is now ducking having such a briefing. I can conclude only that he does not want to confront the cold, hard reality that he got his facts wrong about New Zealand Fast Forward, and his reaction has put him completely out of step with the largest companies and industries, and with the whole of the rural sector that he lays claim to represent.”

I think the rural sector are right to be asking questions about Mr Key’s performance over this. And indeed we hear National MPs are also applying some pressure to their leader. There is no excuse for ignorance when the information is being made so easy to access. I would like to see the offer taken up so that National can explain to us how their policy differs, and presumably why they think their (currently unstated) position will deliver better results.

2 comments on “Pressure building for Nats on R&D ”