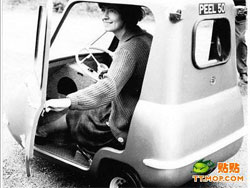 Feeling guilty after watching An Inconvenient Truth? Want to do your bit to help save the planet but don’t have the cash to buy a hybrid? (and too lazy to walk or ride a bike?). Perhaps you should consider becoming a “hypermiler”. The best of these guys can apparently get up to 25km per litre in a plain old Honda Accord (not pictured).

To put that in perspective, that’s about two and a half times the efficiency that I get from my car, and about 1200km on a single tank of gas. Roughly speaking that equates to traveling Auckland > Wellington *and return* (or if the thought of returning to Auckland once you’ve escaped fills you with dread… having arrived in the capital you could drive Wellington > Masterton *and back* three times – still on your original tank).

On a midsummer Saturday in a sprawling Wisconsin parking lot, about a dozen people are milling about a candy-apple red Honda Insight. They’re watching Wayne Gerdes prepare for his run in Hybridfest’s mpg Challenge, a 20-mile race through the streets of Madison. Wayne is the odds-on favorite to win the challenge, in which drivers compete to push the automotive limits not of speed and powerÃƒ¢Ã¢â€š¬”a desire those gathered here consider old-fashioned and wastefulÃƒ¢Ã¢â€š¬”but for the unsexy title of Most Fuel-Efficient Driver in the World. 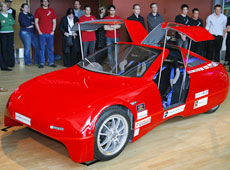 UPDATE: I forgot to include this story from Wednesday.

Waikato University mechanical engineer Mike Duke just unveiled his UltraCommuter electric car which has been designed and built by engineering students in Hamilton.

Dr Duke is predicting that petrol stations will be replaced by “battery exchange stations” as electric vehicles take over from petrol ones. You might just want to hold off on those hypermiling lessons for the time-being.