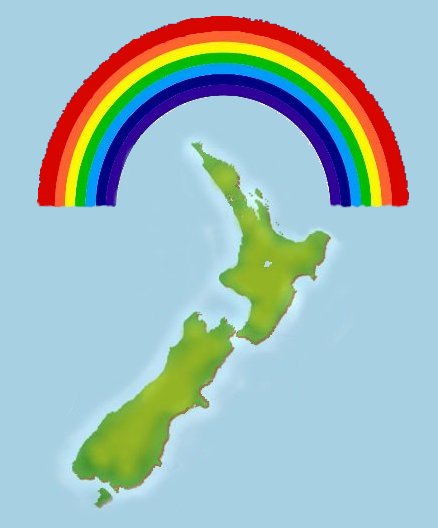 Gosh what a difference a few years can make when it comes to symbols of national identity. Not so long ago National had a leader happy to springboard off dog-whistling race-divisive carping about the Treaty Grievance Industry in speeches and billboards.

More recently National campaigned on abolition of the Maori seats, at least until it became apparent that the cost to potential coalition options outweighed the benefits of ensuring ongoing redneck  support, but now with Hone Keii at the helm it’s full steam ahead to more harmonious relations between the Crown and Tangata Whenua. That has to be a massive improvement and long may it last.

Certainly our media took the new theme by the scruff and ran with it as fast as their little legs could carry them. Rapturous and heart-rending exclamations of what a peaceful and celebratory mood abounded. Waitangi was a day of feel good rainbows and fairy dust. Beatific smiles shone from Maori and Pakeha politicians alike in a celebration of their partnership. There wasn’t much mention of what the Treaty was about, why the British had to resort to a treaty in the first place, or what Maori calls to “Honour the Treaty” actually mean, but then why spoil a lovely day in the sun with talk about what the day actually commemorates.

The show didn’t start off quite as planned, with a couple of people shoving the PM and shouting “give us our land back”, but happily they were quickly caricatured as just a couple of outmoded freaks that hadn’t moved on. In our dark past “Maori protestors” taking such significant action as assaulting the PM would have been portrayed by our media as symptomatic of much broader malaise in bicultural relations and would have framed coverage of any subsequent Waitangi coverage. Now it seems it’s better not to let isolated incidents, or relevant history, get in the way of a determined media Love In.

So warm and contrasting was the media’s view of events (hereforth to be know as “Big Happy Fun Waitangi Day”) that it reminded me of this 2007 quote from Pita Sharples:

Sue Abel, in her article, Wild Maori and Tame Maori in television news, claims in her case study of Waitangi Day, that television news coverage routinely divides Maori into “tame Maori”, who support the status quo, and “wild Maori”, who are marginalized and demonized in news coverage. The wild Maori are further described as deviant (‘them’) and making unreasonable demands in an unreasonable manner.

Looks like all we’ve ever needed to tame Waitangi Day into the happy celebration of the status quo so longed for by our msm is a conservative Prime Minister with a few supportive Maori coalition partners in tow.