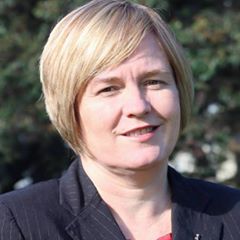 Earlier this year the Standard’s authors offered candidates for the upcoming Labour Party internal elections the chance to guest post about why they’re running. We’re reposting them now ahead of tomorrow’s vote. Beth Houston has been nominated for the position of Senior Vice President.

Thank you to The Standard for the opportunity to write this post.

I am standing for Senior Vice President (SVP) of the Labour Party because I want to play a role in rebuilding our Party to win at the 2017 election and beyond.

We owe it to New Zealanders who are suffering under this Government to build our Party so we can run inspiring campaigns and win. In the next election we will be going up against an incredibly well funded and very well organised National Party. We can beat them. We’ve done it before and we can do it again. But it will require us to lift our organisational game. I am totally committed to ensuring that Andrew Little is the next Prime Minister of New Zealand.

We will organise, fundraise, and campaign to win in 2017

If elected my focus will be on transforming our Party into a fine-tuned campaigning machine. This will require a sustained fundraising, campaigning and organising effort which I am committed to promoting and doing as Senior Vice President. I know Labour Party members and supporters are up for this too.

The SVP role is one without a formal job description so it’s up to whomever gets the job to make it their own. Together with the Senior Vice President – Māori, the SVP is deputy to the President, sits on the moderating committee and on the election campaign committee. The SVP supports the President to do their work; chairing meetings and sub committees, liaising with caucus and members, and fundraising.

The first thing I will do if I’m elected is sit down with our President Nigel Haworth and General Secretary Andrew Kirton to review the Fundraising Strategy. I’ll take ownership of as much of it as I can and work with them to deliver it like I have for a number of non-profits, including Wellington Zoo, where I drove the fundraising for five years and raised $2.5 million for the redevelopment plan.

I have spent my life fighting for social justice

I was born in Scotland and my family immigrated to South Africa when I was two. As I was growing up, I realised that my privilege as a white South African was at the expense of the vast majority of black South Africans. Living under 1980s Apartheid affected absolutely every facet of our life and those subjected to poverty and racial hatred. I knew it was a disgusting system even in my early years. Sometimes you can just sense injustice – even if you can’t describe it yet.

At University I became actively involved in the student union and multiple campaigns around the final dismantling of Apartheid. In 1994, in the year of South Africa’s first democratic election, I saw for myself the life-changing, transformative nature of progressive politics. My Honours classmates and I wrote our dissertation on the local general election campaign, interviewing every political party leader in our province and participating actively in that election. We marshalled in rallies, ran workshops on the electoral system and on Election Day worked as UN election monitors. I voted for the ANC in that election and later became an active member at the branch level.

One memory will stand out for me for as long as I live. I’ll never forget what it felt like to stand in a queue to vote on Election Day in South Africa in 1994. I won’t forget the blind lady who told me she was 84, who I helped to cast her first ballot. Who, when I apologised for the long queues said, “I’ve been waiting my whole life for this, dear, I can wait a few hours more”.

On the 20th anniversary of South Africa’s election, I spoke to Radio New Zealand

about my experiences. If you’re keen, you can listen here:

I moved to New Zealand with my husband Kyle in 2001 to a strong, Labour Government. We’d met in London when we were both on our OE. As a doctor, he was happy to be working under a Prime Minister who valued health care for all, and as an activist, I thought had arrived in a great progressive paradise!

My involvement in Labour started in 2008

I wanted to get actively involved in politics here because it felt like all of the progress Labour had made was at risk in the 2008 election. A friend took me to my first Labour Party Congress that year. I was inspired to action and impressed with the high levels of organisation and genuine commitment and optimism I saw in Labour Party members.

I lived in Wellington Central and got actively involved with the Wellington Central election campaign that year. It was a grass-roots campaign with a new candidate and a swing against the then-Labour Government. We worked hard door knocking, talking on street corners, leafletting, sign waving and in building relationships and connections between the Labour Party and the variety of communities in Wellington.

The campaign had so many young activists whose energy, fresh ideas and enthusiasm was motivating and inspiring. In Labour we are so lucky to have so many young people committed to our values with so much energy to campaign and win.

In 2011, I had the honor of running the successful national campaign to Keep MMP. I worked across our movement with unions, community organisations and churches to ensure we protected a fair voting system for New Zealand.

When I commit to something I get involved boots and all. I have done almost every job there is to do in the Labour Party – I’ve fundraised, door knocked, made phone calls, delivered leaflets, held local office, run meetings, drafted remits and of course organised many raffles!

I have been the Chair of my LEC, am currently the Chair of the Regional Council and I’ve been on the List Moderating Committee. This involvement in the Party means I know how it works and I have built great relationships with members across the country.

My experience on the List Moderating Committee and through active involvement in the Party means I have met many of the great Labour members who will become our future MPs – we owe it to New Zealanders to make sure our caucus increases significantly at the next election to see these great people in Parliament.

My heart lies in supporting others to represent our Party

I’ve made a conscious effort to support women to stand for internal positions in the Party, on the list and with fundraising for their list and electorate campaigns. I believe there is much more to do if we are to reach our target of equal representation in Parliament.

I feel I should be clear – I have no aspirations to be a Member of Parliament myself.

I will bring my strengths in fundraising and campaigning

I am dedicated to using my technical fundraising expertise and my leadership skills for fundraising. The Party is currently recruiting a Head of Fundraising, but I know – as a fundraiser – we can’t expect this person to do it all. We all need to help unlock contacts, make more asks, coordinate our efforts and make sure we follow all the work through.

I know that Nigel, our President, and Ginny, our current Senior Vice President, have been working on creating good fundraising relationships and I commit to keep working on this with them.

There is no silver bullet. Anyone who has ever done fundraising knows – it is hard work. It needs to be done on a continual basis and sustained over long periods of time. There’s never an end. There’s always more to do.

Of course, I’m not pretending I can do this alone. As Senior Vice President my aim will be to do my best to support our Leader Andrew Little, our President Nigel and our General Secretary Andrew Kirton to turn our Party into the campaigning machine we must be to win in 2017.

The campaign to change the government has started already

With the right plan and people in place we can win. I hope to earn your vote over the coming weeks so that – together – we can change the Government. In the meantime, here are two things you can do right now:

If you only have a small amount to give, this is the perfect way to make a difference. If we can get thousands of people to give even $5 a month every month it all adds up to more people on the ground for Labour; more advertising, more organizing. You can do sign up here.

There is still plenty of leafleting, hoardings, street corner meeting and other behind the scenes work to be done. Good wins for Labour candidates in the local body elections can help to build momentum for a change of Government in 2017. If you need to be put in touch with a Labour Party campaign, in your area, please email me and I will make sure you have a chance to help.

I am very happy to discuss this further with anyone who is interested. I would really appreciate the support of members to become the Senior Vice President and look forward to working with you all in the future.

Please feel free to email me at beth.houston73 [at] gmail.com

One comment on “Re-post: Beth Houston for Senior Vice President”