Regrets, John Key’s had a few * 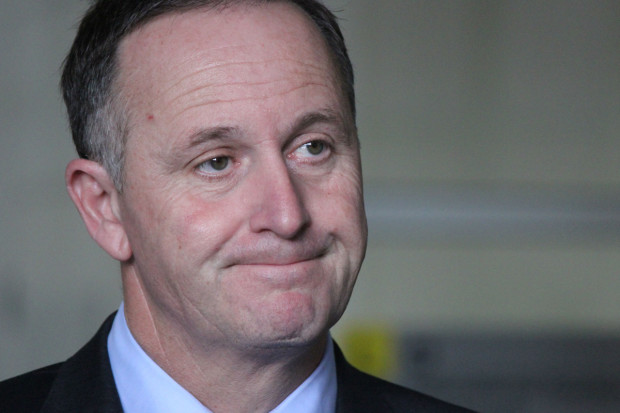 What does John Key regret the most about his reign as Prime Minister of New Zealand?

Over 250,000 kids living in poverty?  Refusing to get the bodies out of the Pike River mine and thereby helping individuals avoid justice? Dirty Politics?  The  increasing numbers of homeless? Privatising parts of some major electricity companies and costing us billions?  Running up Crown debt from $10 billion to $93 billion?  The Sky City Fiasco? Ponytail pulling?  Sheepgate? Overseeing the pollution of our rivers and the ankle tapping of our attempts to address climate change?

Nope.  It was not changing our flag.

Former Prime Minister Sir John Key revealed his biggest regret was not being able to change the New Zealand flag.

In an interview with the Australian Financial Review, Sir John told Patrick Durkin it was something he had often thought about.

“The reason I wanted to change the flag was to have something that was uniquely New Zealand, so that we could build a more overt sense of national pride,” Sir John said.

“This is not the most important issue by a long way for the country, but ultimately I was unsuccessful in changing the New Zealand flag and I have always thought back on that.”

Sir John said it didn’t pass because Labour and the Greens decided to turn it into a political issue and made it a referendum.

“It is not going to change the world and there are many things we did, from the Christchurch earthquakes to economic issues that we dealt with, but that is the one I feel I definitely failed on,” he said.

“I suppose I also have to take responsibility and say, well look, maybe there were some other things I could have done. To be frank, I think I should have just pushed it even harder.”

His original claim that he was in politics to create a more egalitarian society is something that we cannot rely on.  Having overseen an explosion of poverty but being preoccupied by a failed ego flag contest is clear evidence of this.

And perhaps the sharpest critique of Key’s legacy is from One Anonymous Bloke in this comment:

Key has always been an incredibly divisive figure. He brought international shame and ridicule upon us in his Hard Talk interview, for me though the final straw was the discovery of the ratfucking gang that he ran out of his office.

It takes a special kind of person to worship at the Temple of Market while families go without basic necessities like food and shelter, but most of the time you can put it down to stupidity and incompetence, the Just World fallacy, and so forth. Not so with Key. Dirty Politics confirmed his calculated malevolence.