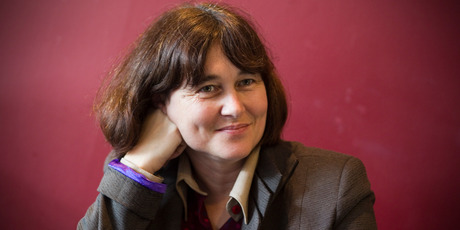 Staunch Trade Unionist and Standard author Helen Kelly has died. Just 52 years old, Helen battled her illness the way she took on the fights in her life, on the front foot, never flinching. It’s a tribute to her ticker that she took up the cause of legalising medical marijuana at a time when she could have been forgiven for worrying about her own situation.

Helen was the daughter of unionist Pat Kelly and his activist wife Cath. She worked as a primary school teacher but was quickly offered a job with the union representing kindergarten teachers. She rose through the ranks as a union organiser, eventually becoming President of the Council of Trade Unions in her early forties. She held that position until her illness forced her to step down.

She was associated with many disputes down the years, none more so than the fight for justice for the families of the 29 workers killed by the management of Pike River coal mine. She championed health and safety in the forestry industry, stood side by side with the abused workers at Talley’s plants around Aotearoa, and lobbied governments for improvements in the basics of working life such as leave, breaks and security of employment.

Helen Kelly was one of the greatest Kiwi women of our time.

She will be missed anywhere there is injustice, anywhere a worker needs a hand.

Solidarity to husband Steve and son Dylan from the TS collective.