If a National Election were held now the latest New Zealand Roy Morgan Poll shows that a Labour/ Greens alliance would win easily.

There are some other interesting features in the poll. National’s numbers have gone from 51 to 41.5 in a little over two months. They’re tanking, and that is before the latest news hits about their reliance on the indicted John Banks. Roy Morgan numbers do bounce around a bit, but the trend lines are steadily converging. The Government confidence rating is down 5.5% with the right direction  number dropping 4%.

“New Labour Party Leader David Cunliffe has re-invigorated the main Opposition Labour Party (37%, unchanged) who are now just 4.5% behind National – the closest Labour has been for five years since October 2008 when Labour was still in Government under former Prime Minister Helen Clark.”

The Conservatives have dropped from 2% to 0.5% – no help there. Collins for Leader anyone?

The report series is graphed here: 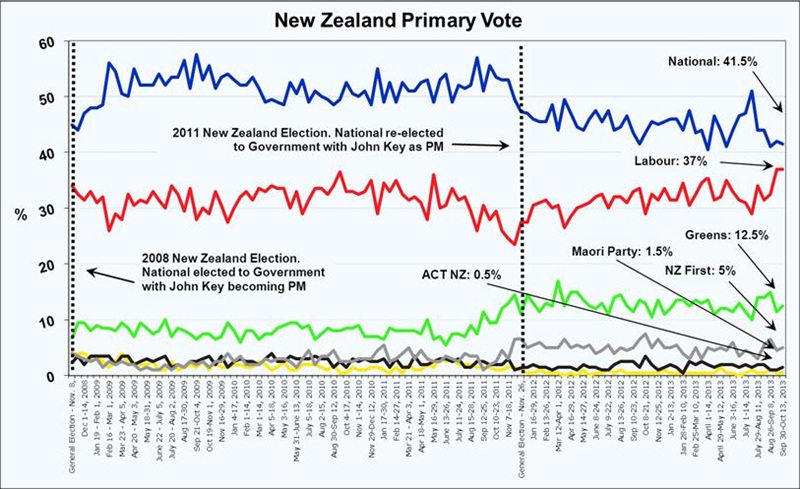