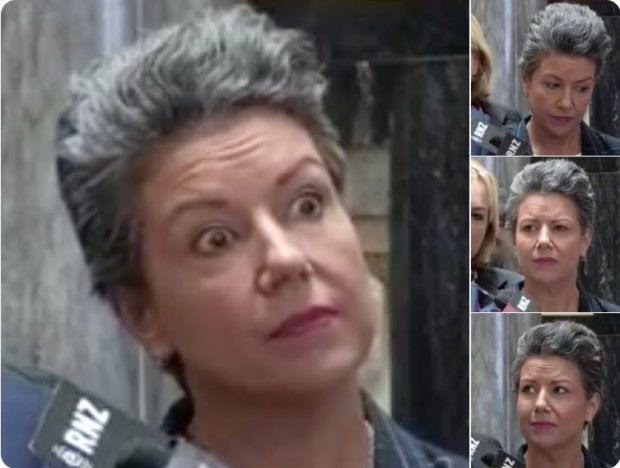 Three months ago I posted this post and wondered if the media had rushed to judgment in relation to the allegation of sexual assault made against a Wellington based Labour Party staffer.

I expressed confidence in the statement by Council member Simon Mitchell that he was not told about the allegations.  He is an experienced lawyer.  When it comes to a situation like this I did not expect him to make a mistake.

The Labour Party retained Maria Dew to conduct a review of what has happened and her executive summary has been released.  Radio New Zealand has this summary:

The inquiry into the allegations of sexual assault made by one Labour member against another has cast major doubts over the accuracy of the chief complainant’s story.

It found “insufficient evidence” to back up the most serious allegations and ruled critical elements of the complainant’s version of events were incorrect.

It also said the complainant had since admitted providing “misleading information” to the investigation.

There were many discrepancies between what the complainants were saying publicly and what party officials said happened.

One of the most striking was a copy of an email the woman said she sent to party officials on a panel set up to hear the claims.

A copy of an email with attachments, dated March 2019, was given to media to show officials had been emailed details of the complaints, and so had been formally notified.

The officials involved still maintain they were never told about claims of a sexual nature.

One of them, Simon Mitchell, went as far as getting his computer forensically examined to prove he had never received that June email.

The report stated, on the balance of probabilities, “the emails Ms 1 sent to the Party on 9 March 2019, to both Mr Simon Mitchell and Ms Lacy, did not contain any attached document detailing her allegation of sexual assault by the respondent”.

The report noted that the complainant and the Staffer had been in a relationship.

The Staffer has acknowledged that he had misbehaved and has lost his job.

I hope they are both OK.  My legal experience suggests that these situations can be very complex and the reality can be way more nuanced than what people think.  And a post event forensic analysis can conclude that an honestly held opinion about a past event is not a factually correct one.

The process has been exhaustive.

Twenty two people were interviewed.  From the report:

It seems that the process is still bruising for some of the participants.  But the trouble was once the complaint became public there had to be a public response.

Serious questions should be asked about Paula Bennett’s behaviour.  And why she rushed to judgment and politicised this for political gain.  It seems clear that she milked this for all it was worth and did not care about the complainants.  They were collateral damage.

She kept asking about why Labour did not have a “victim led response”. With the benefit of hindsight hers was anything but.

Using the protection of Parliamentary privilege she smeared the Prime Minister, as well as senior staffers in her office, and basically went to town on them.  Serious questions need to be asked, like did she actually talk to any of the complainants and what was she actually told.

And will she apologise.

It would be good for the National opposition to leave behind Dirty Politics and get on with releasing their discussion documents and having policy debates.  This trashing individuals for political advantage is not only tedious, but it is damaging for all involved and ultimately it damages the political process.

151 comments on “Rush to Judgment redux ”