Phil Goff’s daughter, Sara Goff has been outed, apparently she arrived at a party in Australia with 4 Ecstasy tablets hidden in her bra. This is undoubtedly going to be used by the wing-nut mob as an excuse to destroy Goff’s reputation. I mean, if he can’t bring up his daughter right, then he can’t govern a country properly can he, right? Wrong.

There is an aversion to all recreational drugs in Western society, with the exception of the old favourite alcohol. Perhaps this lies in the Puritan past, or maybe it’s just an excuse for people with a bone to pick to sideline people for their otherwise irrelevant choices. The fact is, without the ingrained societal values against chemicals like Ecstasy, very little harm is caused by it. Should Goff and his daughter have to face flak for Sara Goff wanting to have a good night out? 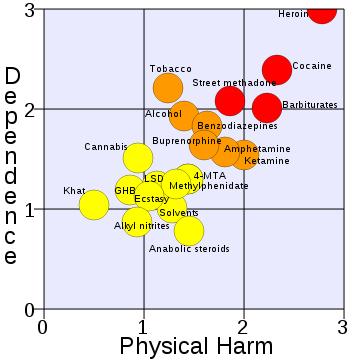 Recently British scientist David Nutt was sacked by the government (New Labour, not the current LibDem/Tory monster) for proclaiming that Ecstasy with the exception of added binders and fillers which sometimes can be toxic, or the presentation of methamphetamine as E, is safer than horse riding, and definitely safer than alcohol.

All research, aside from scare mongering rubbish put out by government departments, shows that Nutt was right, Ecstasy is a relatively safe drug. All we hear in the media is horror stories, people that have died from overhydration or combining it with alcohol. This is just another example of the MSM showing a huge bias.

I’ll leave you with this show from Bill Hicks, talking about lies, scare tactics, superstitions and the MSM.

54 comments on “Sara Goff and Drugs ”