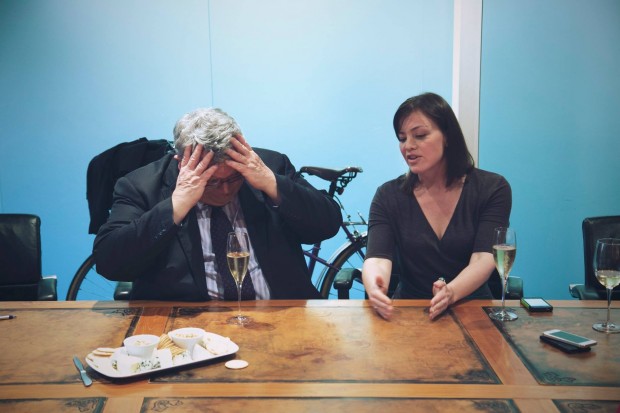 Sometimes it just gets too much

One of the most appalling wasteful destructive things that National did when it was in power was to invest in so called roads of national significance.  They were huge boondoggles, kept the base happy, provided high quality ribbon cutting opportunities, gave the impression that the Government was doing something but essentially they were a waste of time and resources.

They actually made things worse.  There is this phenomenon called induced demand.  Build a road to address congestion and although it will provide short term relief it will eventually persuade people to drive more and the net benefit approaches zero.  Meanwhile those double lane and treble lane roads destroy neighbourhoods and divide communities.

And if you want to create a sustainable city then you stop building roads.  If we are going to get on top of climate change then we need to develop alternative transport systems.  Starting yesterday.

China understands this.  That is why in its major cities it has been building hundreds of kilometres of underground rail in the past few decades.

By comparison the last National Party had to be brought screaming and kicking to the conclusion that Auckland’s inner city rail link, a 3.45 kilometre tunnel, had to be progressed no matter what.  Government funding is now due to start in 2018.  Auckland Council had to front up with funds of its own to get the project moving.

The first bunch of RONS were bad enough.  But the latest bunch really give the impression that National was scraping the bottom of a very deep barrel.

For instance the East West Link in Auckland had the unusual feature that per kilometre it was going to be the most expensive motorway ever.  A corruption plagued Russian highway would have been relegated into second place.

Thankfully it will be no more, replaced by cheaper more sensible tweaks to existing roads.  The Crown contribution can be diverted into really helpful projects like light rail.

This is what the Labour Green coalition agreement requires this Government to:

Each bullet point is impressive.  Each demands that we build less tarseal and more public transport.  It is no wonder given this world view that the East West link will be no more.

Greater Auckland in its indomitable way summarised the project in this way:

However, on one transport issue it seems the election result will lead to a lasting impact. That is the East West Link project. A re-elected National Government would have pushed on with the project as one of their next generation “roads of national significance” and by the time the 2020 election rolls around this project (unless we see the unlikely situation where its consent is declined) would have probably been under construction. In contrast, Labour have committed to significantly scaling back the project – banking around $1.2 billion of savings. Given the available alternatives to the East West Link are pretty strong and could deliver pretty much the same outcomes for far lower cost and far less environmental damage, it’s difficult to see the East West Link emerging again down the track once these cheaper and less destructive options are pursued.

Furthermore, as so eloquently explained by Infrastructure NZ’s Hamish Glenn the other week in his presentation to the project’s Board of Inquiry hearing, even in the very distant future there is relatively little demand on the East West Link project so it’s highly probable a cheaper option would be effective for a very long time.

As a priority the Minister and Associate Minister of Transport will have to look at the make up and structure of the New Zealand Transport Agency.  From the looks of the coalition agreements it is going to have to move dramatically away from its more roads emphasis that has been placed on it by the former government.

I can’t believe how happy I am in typing this post.  Good times!

55 comments on “Say goodbye to roads of national significance ”