Scientology has been awarded a major contract by the new Ministry for Vulnerable Children. The Xenu-fearing organisation has been brought on board by the fledgling ministry to train staff on how best to overcome any qualms likely to arise in their duties regarding the commodification of children.

It has long been a wet dream of neoliberals to commodify all human beings. To this end, the National Ltd™ Government is adopting a gradient approach, the first step being sold to the public as a “social investment” approach to dealing with children of the poor. While the public are, generally speaking, easy to fool, studies have shown that the staff actually carrying out the commodification process are likely to suffer significant emotional angst. And this is where Scientology comes in.

Scientology has, since the 1950s, been especially successful at commodifying human beings. Its staff are sufficiently and covertly indoctrinated into a totalistic world view which entirely obscures the reality of what they are actually doing. Rather than observing that they themselves, and anyone else they attract into the organisation, are being turned into money-making units, Scientology staff are firmly of the view that they are working in the best interests of the whole planet. It is this highly effective indoctrination process which results in the masking of reality that National Ltd™ is most interested in delivering to staff at the Ministry for Vulnerable Children. 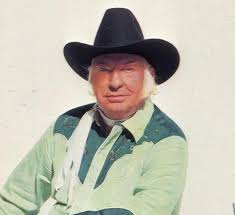 Significant work in this regard has already been underway for some time within the Ministry of Social Development. Using a device known as the “Human Synergistics Circumplex“, staff most likely to comply with neoliberal mandates have been identified and placed into key positions in order to carefully monitor other staff wavering from the required adoration of the “social investment” wooden horse. Scientology’s first task is to commence delivery of its mind-warping “Communication Course”. Of course, improving communication is only ever ostensible. The real task of the Communications Course is to covertly introduce new language which encapsulates hidden concepts which are unconsciously agreed-to by the very use of the terms introduced.

The course also hardens people up emotionally and slowly induces largely automatic and spontaneous compliance to instructions. People who do not agree or who wise-up to what’s going on are, as per the instructions of Scientology founder, L Ron Hubbard, to be “disposed of quietly and without sorrow”.