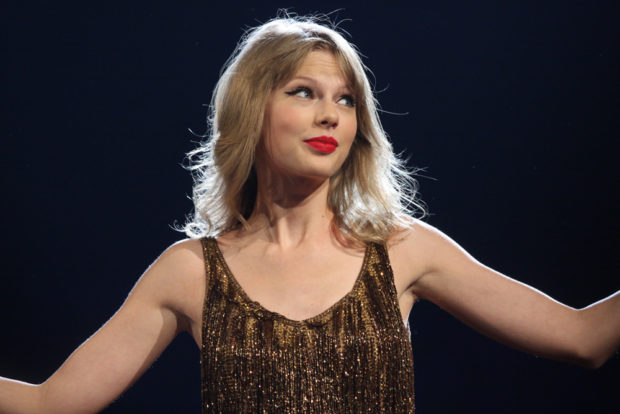 There is a long a proud history of musicians adding their weight to the Democratic cause in the United States, but this one is about as on-message as you can get.

Taylor Swift is amplifying to 100 decibels the great feminist revival occurring right now, by siding very strongly with Democrat candidates in the solid Republican state of Tennessee, and against Republican candidates.

Now, if you make your living out of being popular in a fiercely divided country, it takes a whole bunch to put half of that at risk by choosing one political side or the other.

Taylor Swift’s text has already got a million hits and will probably get a million more. It is a really serious tilt to the mid-term elections in a state that might not otherwise have been in play.

The gustiness of this is if the Democratic candidates that she is promoting lose, she will be laughed at and she will lose a lot of fans and a lot of income.

And if the candidates she supports win, the story will not be hers but will be about the new candidate and the policy positions to be contested.

There’s no upside to her for this move. She’s not like Bruce Springsteen who has been Democrat since he was born wearing jeans and a red-checked shirt. This is brand-altering and career-altering for her.

But Taylor Swift has some of the largest and most devoted followers on the planet, and my bet is most of them are female. Right now, female is political hot sauce.

Her issues are hers to promote, and she does so without denigrating anyone and by recommending people inform themselves about their own choices in their own way. It’s tailored, and the reaction is swift.

All power to her, and may it encourage more to do the same.

I’m writing this post about the upcoming midterm elections on November 6th, in which I’ll be voting in the state of Tennessee. In the past I’ve been reluctant to publicly voice my political opinions, but due to several events in my life and in the world in the past two years, I feel very differently about that now. I always have and always will cast my vote based on which candidate will protect and fight for the human rights I believe we all deserve in this country. I believe in the fight for LGBTQ rights, and that any form of discrimination based on sexual orientation or gender is WRONG. I believe that the systemic racism we still see in this country towards people of color is terrifying, sickening and prevalent.

I cannot vote for someone who will not be willing to fight for dignity for ALL Americans, no matter their skin color, gender or who they love. Running for Senate in the state of Tennessee is a woman named Marsha Blackburn. As much as I have in the past and would like to continue voting for women in office, I cannot support Marsha Blackburn. Her voting record in Congress appalls and terrifies me. She voted against equal pay for women. She voted against the Reauthorization of the Violence Against Women Act, which attempts to protect women from domestic violence, stalking, and date rape. She believes businesses have a right to refuse service to gay couples. She also believes they should not have the right to marry. These are not MY Tennessee values. I will be voting for Phil Bredesen for Senate and Jim Cooper for House of Representatives. Please, please educate yourself on the candidates running in your state and vote based on who most closely represents your values. For a lot of us, we may never find a candidate or party with whom we agree 100% on every issue, but we have to vote anyway.

So many intelligent, thoughtful, self-possessed people have turned 18 in the past two years and now have the right and privilege to make their vote count. But first you need to register, which is quick and easy to do. October 9th is the LAST DAY to register to vote in the state of TN. Go to vote.org and you can find all the info. Happy Voting! 🗳😃🌈