A republished post from No Right Turn on the ignorance of the main campaigner wanting a change to our electoral system. You’d think that if you’re campaigning for something that you’d at least know what you are campaigning for. But apparently not. Published with permission.

In a press release last month, anti-MMP campaigner Peter Shirtcliffe called for New Zealand to adopt the non-proportional, undemocratic Supplementary Member system. In its support, he said this:

Shirtcliffe said SM, which operated successfully in the Scottish Parliament and the National Assembly for Wales, offered electoral stability by bringing to an end the power of small parties to frustrate the will of the people, such as over the anti-smacking debate. 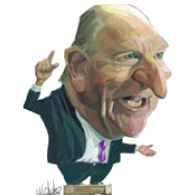 But Shirtcliffe needs to pay more attention to his electoral systems, because Scotland and Wales don’t use SM – they use MMP. It’s not the same form of MMP that we use – they proportionalise over regions, whereas we do it nationally, and in the case of Wales, the small size of the regions produces disproportionate results. But in both cases, the party vote within a region is used to calculate a party’s overall entitlement, and list seats are allocated to meet it and correct for the electorate result (in SM, the list seats are simply allocated according to the party vote, and there is no effort made to proportionalise the results).