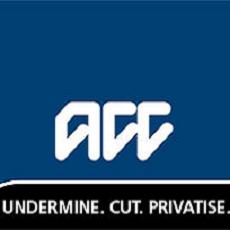 And from the statement of the bleedingly obvious file the Herald recently reported on a Massey University study that found that those with a spinal cord injury who are covered by ACC are more likely to get back to work while those who don’t receive assistance start a downward spiral into poverty.

Which really makes you question ACC’s insistence on refusing as many claims for back injury amongst others as possible on the grounds that it is part of the ageing process rather than an injury.  Because if these people were rehabilitated and received the necessary medical treatment then they would have a good chance of getting themselves back into work whereas those who do not receive treatment are almost inevitably destined to a life of increasing pain and greater reliance on the state to survive.

This situation has existed for a while.  A 2010 Herald article highlighted some cases where cover was declined and after reading them you have to wonder at the sort of mental gymnastics that had to be used to justify a decision to refuse.

The study itself makes for interesting reading.  The author of the study, Associate Professor Sarah Derrett is quoted as saying:

A key message from this research is that ACC performs very well in terms of both helping people return to work and preventing the downward spiral into poverty. However, at present, the types of supports available to New Zealanders not covered and with the same level of impairment are unfair.”

It is not as if ACC cannot afford to increase the provision of treatment.  This year it posted a surplus of $4.9 billion dollars and it has $24.6 billion in reserves in its quest to have all of its outstanding claims liability fully funded.  And there is I am sure a long term financial benefit to NZ Inc in getting people back onto their feet.

But in this Government’s quest for greater and greater savings and a more leaner system it has managed to rob ACC of some of its humanity.  And needlessly blighted the lives of people when a bit of help could do wonders.