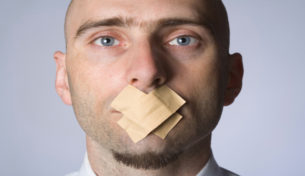 At the heart of this stance is this government’s refusal, or at best, extreme reluctance, to accept the science of climate change, or that of the pollution of our land and water by over-intense dairy farming, mainly because of vested interests representing farming within the National Party.

In his valedictory speech last year, former Green Party Co-leader, Russel Norman, labelled John Key a climate denier, but actually probably at bottom he accepts scientific truths, it’s just that he is so unprincipled, he is prepared to deny them for money and politics.

The supreme irony is that the National Party claims to represent business and capitalism, but virtually every creditable pundit, including some within National, recognises that the only way New Zealand will maintain a reasonable living standard is by investing in science and innovation, rather than its current reliance on commodities, such as milk powder and logs.

National has stifled business-led innovation via a multitude of methods, but mainly through its tried and true technique to cutting spending which it has honed in education, health and welfare.

National unwisely revealed in 2014 plans to cut the overall research investment in real terms by 10.2 percent over the following three years, and by 21 percent out to 2023/24, according to page 18 of the 2014 Draft National Statement of Science Investment. However, because people have cottoned on to this dire proposed cut, the government has since stopped including science spending forecasts. Another muzzling.

New Zealand already spends under half of the OECD average on Research & Development.

Hendy, director of Te Pūnaha Matatini, a centre of research excellence and Physics Professor of Auckland University, in conjunction with the late Paul Callaghan, of the Callaghan Institute fame, has expressed views in a previous book, Get off the Grass: Kickstarting New Zealand’s Innovation Economy, about the country’s wrong direction for science spending.

The book’s title, in itself a succinct criticism of National’s policies of our reliance on dairying and failure to meaningfully address climate change, argues the income gap between New Zealand and Australia and other economies is caused by a “knowledge gap” marked by our relatively low output of patented intellectual property (IP). That could be put right by more and better directed government spending on R&D.

As well, it argues, this government’s directive to have science more directed towards applied applications – ie business – has been inappropriately biased towards our traditional land-based activities – especially agriculture – instead of focusing on developing IT and other advanced manufacturing and service activities. We should be “exporting knowledge, not nature”.

In his latest book, Silencing Science, he felt the need to go to print because scientists are being cut out of public debate, not necessarily by direct actions, but often indirectly, often with severe consequences.

Hendy, a former president of the Association of Scientists, said, increasingly, scientists have commercial contracts with government that put constraints on what they can say publicly.

He told Kathryn Ryan on Radio New Zealand’s Nine-to-noon that in a crisis it can be a disastrous constraint, as it was in the 2013 Fonterra botulism scare, when the company’s milk products manager, Gary Ramano, got the science “horribly wrong” by saying that botulism could be in the company’s products.

Fonterra, notorious for its controlling and incompetent PR, stopped a scientist from fronting the media and paid severe consequences, which had spinoff effects for New Zealand’s reputation and for other businesses.

Hendy notes that the government has signed many leading scientists to advisory bodies for such as the Cabinet and their contracts constrain what they can say in public. Hendy said some had told them they were muzzled during the botulism crisis.

Prior to this government, we would have had a Ministry of Agriculture and Fisheries scientist fronting the issue.

“It’s gone too far. The spin and message control has got stronger. They are less willing to put scientists out there to talk to the public because of the inability to control the message” Hendy said.

Scientists should be able to work for a government department and talk to the public on the basis of their expertise, he said.

As well, self censorship has become a major factor since so much science funding comes via competitive tendering and is often short-term and therefore insecure.

“I have been asked over and over again whether I am afraid of losing my funding for putting this book out there.”

“You definitely hear from people in the scientific community being told to pull their ears in, particularly ahead of the Budget,” he said. “There is a sense that our science funding, particularly for the government, is linked to our good behaviour as scientists.”

‘We are nervous. We have all heard stories of people losing their funding – so we self censor.”

Hendy has proposed the establishment of a Parliamentary Commissioner for Science to ensure scientific advice gets out to the public.

Scientist, Nick Lambrechtsen, in a letter in today’s Dominion Post, supports the idea of such an independent body to counter “the suppression of scientific information and the spreading of misinformation by corporate lobbyists.”

“It would be nice to see the present government establish such a body to complement the Parliamentary Commissioner for the Environment, but it probably awaits a change of government,” he wrote.

Look for more flannel on science spending and innovation in this month’s Budget, but check out inflation-adjusted spending.