Sir Peter and his DonKey 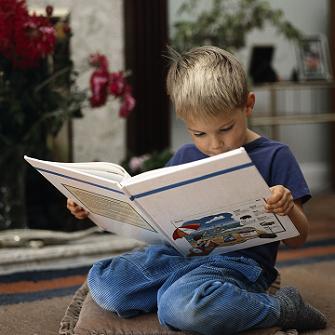 Something John Key did right on entering government was to appoint a science advisor, and Sir Peter Gluckman was a great choice.  Maybe it’s the BSc talking, but I like having science further up the agenda.

But the danger with having independent sorts as advisors is that they often contradict you.  It’s not a mistake National have repeated with their working groups; there they’ve taken their advice directly from Sir Humphrey: “never set up an enquiry unless you know in advance what its findings will be”.

Sir Peter meanwhile keeps coming up with evidence contrary to government policy.  His latest: in his own roundabout way, criticising the cuts to early childhood education.

Evidence suggests that for each $1 spent in ECE $13 are saved in later life.  Those who have a lot invested in them in early childhood get better education, better jobs, and pay more taxes; those who are neglected are far more likely to end up on the dole, in prison and straining the health system with bodies that are knackered with cigarettes, drink, drugs and stress.

Sir Peter is talking about more than Early Childhood Education, although that’s the first step.  He talks about a “more integrated approach”.  This must involve a lot more support for parents in those early years.  Our maternity & especially paternity leave isn’t particularly generous compared to most in the west, and those early weeks are so important for establishing bonding and attachment.  Freely available and heavily encouraged parenting classes (presumably in our now defunct ACE program…) would also be a welcome step.

It must also include more intervention in children’s early lives if things are going wrong, and to make sure they don’t.  So many brain pathways are laid forever in the first 3 years – empathy may never be developed if those first years are damaged.  And a lack of empathy will lead to a life of crime, or worse, trawling right-wing blogs.

Somehow we must avoid the tag of ‘the ultimate nanny state’ and get more involvement in those early years from outside the nuclear family (from appropriate agencies like plunket, ECE centres and doctors).  Few parents would claim to be experts when a child arrives in their laps, but no-one likes interference in their family – so this needs to be done with care.

Rather than looking at increasing investment in early childhood though, Sir Peter has to put up with being attached to a government that is instead slashing it.  So while Sir Peter says:

“let’s encourage our policy makers to look at whether we have the balance where the investment is right. I don’t think we’re talking high in the narrow sense yes, it may be that there appears to be an expense, but the economists tell us the rate of return is worth it.”

we have a government that doesn’t think it is important to have qualified teachers to extend our toddlers in their formative years, and a minister of education that thinks cutting $400 million from our youngest children is some sort of opportunity.

13 comments on “Sir Peter and his DonKey ”