So what is happening with the price of oil? 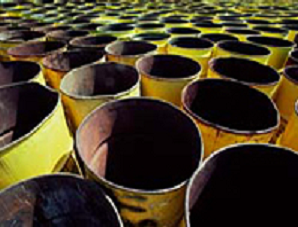 At the end of a long year including a somewhat traumatic election result and a leadership campaign and with the current circuit of christmas celebrations and the impending end of the work year I have had less time than I would like to keep up with international political events.  But there is one significant development that deserves some analysis and discussion.

The price of oil has gone haywire.  From a gradual and consistent increase to over $100 US per barrel until six months ago it has since crashed recently to $63 dollars per barrel.  This has thrown the economies of Russia and Venezuela into turmoil as their significant petroleum production is no longer profitable.  Iran is also suffering.  Any hope that it had of trading its way out of trouble is disappearing.

The decrease is due to a number of events.  Shale oil production in the US is now producing about 4 million barrels of petroleum a day.  Libya’s oil industry has managed to get back on its feet after a long period of disruption caused by the civil war.  Demand has declined in Europe and the East.  OPEC recently could not agree on restraining production to maintain prices.  And Saudi Arabia is happy to let the price drop at least in the meantime.

The targets are not clear.  The Guardian thinks that Saudi Arabia and the United States are wrecking havoc on Russia for recent misdeeds including its foray into the Crimera.  From a recent article:

When the introduction of sanctions over Russia’s support for the separatists in Ukraine failed to bring Vladimir Putin to heel, the US and Saudi Arabia decided to hurt Russia by driving down oil prices. Both countries will face some collateral damage as a result – and this could be considerable in the case of the US shale sector – but both were prepared to take the risk on the grounds that Russia would suffer much more pain. This has proved to be true.

Now for the good (or perhaps less bad) news. Eventually, lower oil prices mean stronger global growth, because consumers will have more money to spend and businesses will have more spare cash to invest. At that point, the price of oil will rise and the rouble with it.

Even so, Russia looks vulnerable. It has reached the end of the road with interest rate increases and has only two options: to allow the rouble to find its own level, in the hope that declining oil prices will prove temporary or to introduce capital controls. These are seen very much as a last resort by Moscow, but may prove necessary if the rouble rout continues.

The phrase “perfect storm” is over-used, but the combination of a collapsing currency, a collapsing economy and punitive interest rates make it apposite. The question now is how Putin responds. If he softens his line over Ukraine, the west’s gamble will have paid off and it will be mission accomplished. But there are hardliners in Moscow who will argue that the response to the crisis should be a siege economy and the ratcheting up of military pressure on Ukraine. If economic agony makes a wounded Russian bear more belligerent, it will prove a hollow victory.

Others think that Saudi Arabia is attempting to destabilise the United States shale oil programme and is trying to destroy it by making it unprofitable.  As soon as the competition disappears Saudi Arabia Kuwait and other Middle Eastern oil producers can then increase prices.

This must causes considerable doubt as to the appropriateness of long term prices for petroleum.  It seems that the world has been overcharged for a considerable period of time.  At one level this is not a bad thing.  A high price at least slows down the burning of petroleum and the increase of the effects of climate change.  A high price is not bad as long as the profits were being used for the good of humanity.  But all that has occurred is that some very wealthy individuals have become even richer.  And you have to wonder why the oil industry is so heavily subsidised.

Whatever the motivation the geopolitical implications are huge and underscore how fragile and interdependent the world’s financial system is.  Not to mention its environment …

137 comments on “So what is happening with the price of oil? ”