Spare a thought for our poor impoverished landlords

If National’s rhetoric is to be believed the Government is attacking and marginalising some of the poorest people in our community, the owners of private rental properties.

First up was the proposal by the Tax Working Group, note not the Government, to impose a capital gains tax on various assets including private residences that are not the family home.

The response?  We will have to put the rent up.

This came from this guy: 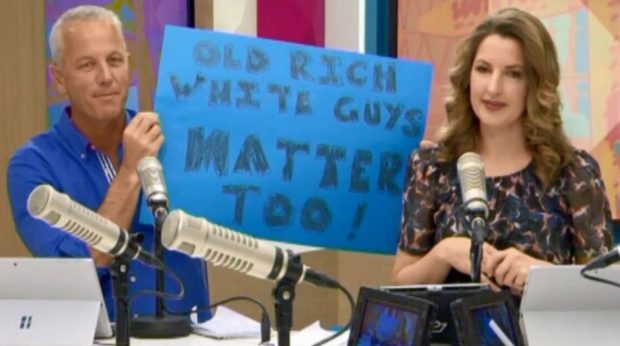 Richardson’s comments show a deep antithesis to the suggestion there should be a wealth realignment from the rich to the poor along with a concerning inability to perform basic maths:

… The AM Show’s sport presenter said he will take [possible tax credits] away from those renting his properties to supplement any losses he makes from the tax changes.

“If they don’t own something, what are they doing, they are renting. Well I will take that $15 a week back,” Richardson said.

“I’m sorry that might make a small difference to those right down the bottom, that makes diddly-squat difference to the people who will be hurt by this tax, which is the middle class, who are trying desperately to get ahead, not to be a burden on the system when they retire.”

Their rationale is difficult to fathom.  They are saying that because some time in the future they may have to pay tax on an unknown amount to the Government because they have made a large profit they want compensation now?  And here was me thinking that they were only in the market to earn rental and not a capital gain because *checks notes* if they have purchased a rental property with the intent of making a capital gain they should pay tax anyway.

Then Phil Twyford announced that the Government would require all rental properties to meet basic standards of warmth.

New Government rules will require every rental home in New Zealand to have a heater in the living room and an extractor fan in the kitchen and bathroom.

The new requirements are part of the Government’s healthy homes standards, announced by Housing Minister Phil Twyford this morning.

The Green Party has welcomed the new rules, but the Green Building Council said they were not quite good enough.

National said the cost of the new rules would ultimately be born by tenants.

The standards set minimum requirements for heating, insulation, ventilation, moisture and drainage, as well as rules to stop draughts, in all residential rental properties across the country.

From mid-2021, all rental homes will be required by law to have a heater that can heat a main living area to 18C.

Kitchens and bathrooms will have to have extraction fans or rangehoods and, where rental homes have an enclosed subfloor space, property owners will need to install a ground moisture barrier to stop moisture rising into the home.

The justification is that too many kids are getting sick because of sub standard conditions:

Twyford said the new rules were some of the “most important public health changes the Government could make”.

“Nearly 600,000 households rent in New Zealand, and our rental stock is of poorer quality than owner-occupied homes.”

He said it was estimated about 200,000 families lived in rental homes that did not have ceiling or underfloor insulation.

“The Ministry of Health says 6000 children are admitted each year for ‘housing-sensitive hospitalisations’.”

This did not stop Judith Collins from complaining about the proposal.  Again from the herald:

[Collins] said rents have increased in many parts of the country over the past year and the Government’s new rules would see rents climb even further.

“There will be some landlords who are going to say ‘it’s just not worth it for me to retrofit this property’.”

Instead of renting the property, Collins said many would-be landlords would just sell it on the open market.

One of the scare tactics that opponents have engaged in is the threat that landlords will sell up.

Given that the vast majority of rented properties were bought by them already constructed the net effect should be negligible.  Unless they have found a magical way to make the house disappear.

The debate is depressing.  All this greed and refusal to accept the fairness that people earning a capital gain should pay tax just the same as people earning a wage.  And a complete indifference to how many poor kids are being hospitalised because of inadequate living conditions.

With National engaging in outrageous rhetoric about the issue I expect this debate will get quite ugly.  Shame on them.

225 comments on “Spare a thought for our poor impoverished landlords ”