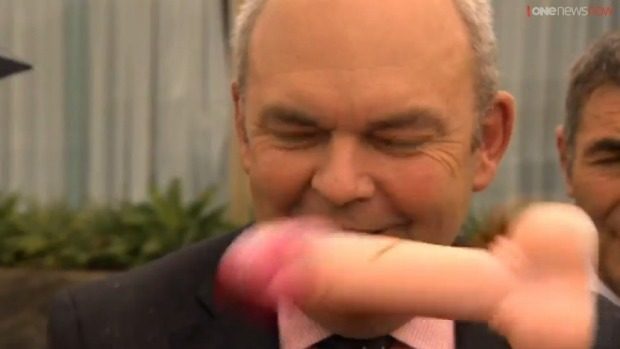 It is the second week of post John Key National and they are already struggling.

Following on from the decision to bail out of the Mt Albert by election because of the concern of receiving a further shellacking National is trying to avoid accusations that it has chickened out by rewriting history.

National’s campaign manager Steven Joyce said the decision not to stand in Mt Albert was a tactical one.

“This is a very safe Labour seat, if you add the Labour and green votes together it’s hugely safe, our view is simply to conserve our resources and have the General Election at the end of the year.”

“They [Labour] made their own decision for example not to stand in Northland and that was fine for them,” Mr Joyce said.

When it was pointed to Mr Joyce that Labour did field a candidate in the Northland by-election he responded “oh they did, but they didn’t – they just said ‘you guys will vote for Winston’ [Peters] and they did.”

“When they said they stood I think that’s a relative term.”