Steven Joyce has burst into print and claimed that Labour has a $11.7 billion dollar hole in its budget figures.

There are five different problems claimed.  Four of them involve relatively small figures and have been explained by Grant Robertson.

The biggest one ($9.4 billion) is that Labour has allegedly no allowed for the ongoing effect of new spending in areas like police wages where an increase in numbers is planned for.  If you employ more police then that expense will be ongoing and you should also incorporate likely increases in police wages in subsequent years.

To achieve this rather startling result he has interpreted the phrase “operational allowance” as including all future increases in these expenses.  To properly account for the ongoing expenses of a policy change the figures should be cumulative and will go up each year.

But as explained by Grant Robertson, Joyce has, wilfully or otherwise, misunderstood the figures.

Here are the relevant figures from a table in Labour’s fiscal plan.  Note healthy annual increases in Social security, Health and education each year. 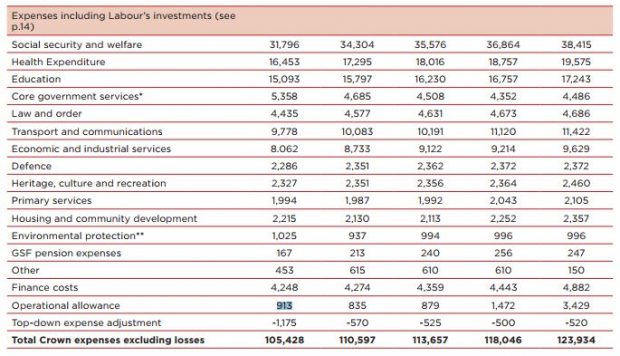 If Joyce was correct the figures should be stationary apart from general inflation.

The whole plan has been reviewed by BERL and given the tick of approval.

But I can understand Joyce’s difficulties with the figures because I have discovered a copy of his academic transcript. Let’s just say economics is not a strength of his. 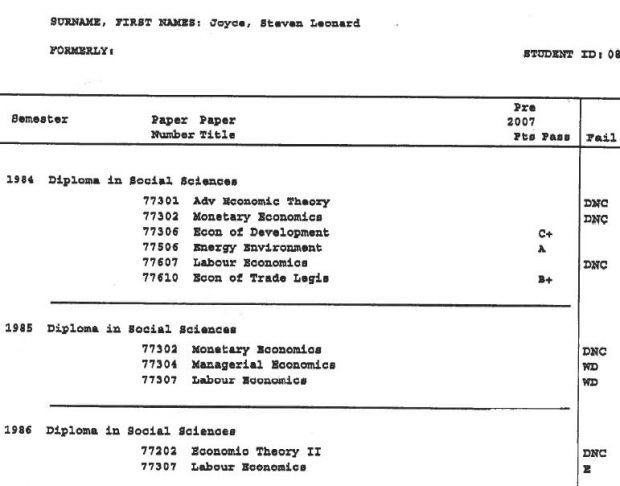 But don’t trust me on the matter …

is it appropriate to preallocate forecasted new operating spending to an expense category: YOU DECIDE #decision2017

Worth pointing out: @stevenljoyce added up Labour's new operating spending to $16.9b. National is planning to spend $18.7b in same period. pic.twitter.com/6U134uAiIy

This "debate" is dumb as fuck.

That's not the debate, really, though, is it? Because Joyce is claiming it's not about accounting practice but glaring errors.

Yeah, that's true. The idea that there's missing money or a "gap" is just false.

I think the way Labour does it is confusing. But there's no missing money, no "gap". It's just going on one row rather than another.

I understand the answer is in the bottom line of this table also from the fiscal plan.  It looks like for each policy there is an increasing yearly spend.