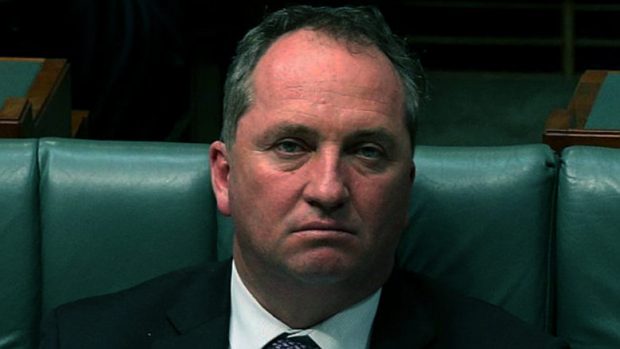 You would think that New Zealand Labour was in possession of nuclear tipped medium range missiles and had threatened to let off a few into the sea near Tasmania just to make sure they worked.

Such has been the overwhelming response from Australia’s right about Labour’s Chris Hipkins asking Peter Dunne two simple questions:

Would a child born in Australia to a New Zealand father automatically have New Zealand citizenship?

And these were simple written questions to get bits of information, not significant oral questions where the opposition tries to embarass the Government.  There have been over 7,000 of them this year.

The answers to the questions would be it depends when. But under section 7 of the British Nationality and New Zealand Citizenship Act 1948 many would, at least if they were born before 1977.

The section provides for current purposes (from what I understand):

[A] person born after the commencement of this Act shall be a New Zealander by descent if his father was a New Zealand citizen at the time of his birth.”

The problem is the Australian constitution has this appallingly racist provision:

44. Any person who … is a subject or a citizen or entitled to the rights & privileges of a subject or citizen of a foreign power … shall be incapable of being chosen or of sitting as a senator or a member of the House of Representatives.

So no Dual Citizenship.  Of any sort.  And despite our close relationship New Zealand is a foreign power.

And just to make it clear:

45. If a senator or member of the House of Representatives … [b]ecomes subject to any of the disabilities mentioned in the last preceding section … his place shall thereupon become vacant.

Mr Joyce’s problem is that although he was born in 1967 in Australia his father was born in New Zealand.  And if he took this simple web based test he could have saved himself a lot of anguish.

The problem has arisen because a couple of Green Senators, Larissa Waters and Scott Ludlum as well as a couple of others discovered they had dual citizenship. Scott was also a Kiwi. They both graciously resigned their positions. Politics needs more gracious people.

But tories are not noted for their graciousness. Normally any problems that arise are someone else’s fault.

And so we have the Australian Government make the extraordinary claim that somehow New Zealand Labour is responsible for the mess that Barnaby Joyce finds himself in.  Not a 1948 law, not a misunderstanding of the law, not the fact his father was a Kiwi, not his failure to check up, but the New Zealand Labour Party.

At least Julie Bishop thinks so.

Bishop and colleagues seemed to be channelling the wilder elements of the era of Trump as they ripped in to Shorten and his colleagues for persuading a Labour MP across the ditch to ask a question that dropped Barnaby Joyce right in it.

The result of the manoeuvre was to get official confirmation from the New Zealand government that Joyce was indeed a New Zealand citizen.

The Prime Minister, Malcolm Turnbull, railed that this amounted to Shorten entering an international conspiracy to try to bring down Australia’s government.

Bishop was not so constrained.

“Should there be a change of government, I would find it very hard to build trust with those involved in allegations designed to undermine the government of Australia.”

And there was this unbelievable comment reported in Newshub from Bishop:

“This puts at risk the relationship between the Australian Government and the New Zealand Government.”

What utter tosh.  Nothing of the sort happened.  The questions will not affect Joyce’s status.  The Liberals are flailing around trying to divert attention and blame for something they have to wear.

Their basic problem is that the media was already onto the issue well before Hipkins asked his questions.  From Adam Gartrell at the Age:

Last Monday [August 7] I got a phone call from a normally reliable source. With the section 44 wrecking ball still swinging through Parliament, the source suggested I might want to take a closer look at Deputy Prime Minister Barnaby Joyce’s citizenship.

My first reaction was to laugh. Joyce had been in Parliament since 2004, serving in both chambers. He’d risen to the second most powerful office in the land. Surely he’d done his due diligence? Plus, Joyce was a guy who prided himself in being authentically Aussie. The thought he might secretly be a Kiwi was almost too outlandish to contemplate.

That seemed pretty black and white: there was no requirement to activate the citizenship, it was automatic.

As the article shows everything unravelled from there.  Hipkins had nothing to do with it.  His questions were lodged two days later on August 9 and have still not been formally answered as I type this.  And Ministerial confirmation did not create the problem.  Anyone with a law degree would have concluded that there was an issue that Barnaby needed to address.  There was a scent of blood hanging around Barnaby and the media was onto it.

Jacinda’s response to Bishop’s idiocy was perfectly weighted with equal amounts of logic and steel:

It is highly regrettable that the Australian Foreign Minister Julie Bishop has chosen to make false claims about the New Zealand Labour Party,” she says.

“I have been utterly transparent about this situation. I stand by my statements this morning that I knew absolutely nothing about the Barnaby Joyce case until it broke in the media yesterday afternoon.

“I also note that Internal Affairs Minister Peter Dunne has confirmed that the Australian media inquiries were the instigator of this issue and that he has described connections of the New Zealand Labour Party to this issue as ‘utter nonsense.'”

You do not have to be a media genius to conclude that the tip off to Gartrell may have come from within the ranks of Australia Labor.  But to think that New Zealand Labour and Hipkins were responsible for what happened requires multiple levels of stupidity.

I guess the right in Australia and in New Zealand are fearful of losing power and are lashing out in an attempt to damage their opponents.  But it is clear to me that on both sides of the Tasman the clock is ticking for the right.