One of the dafter myths about the current burgeoning immigration industry is what people are being imported for. For instance, a common one is that we need skilled immigrants for the construction industry and this is a reason to keep immigration high. The following is a pretty typical quote by one of the numerically illiterate morons of the right (I have left in some of the context):- 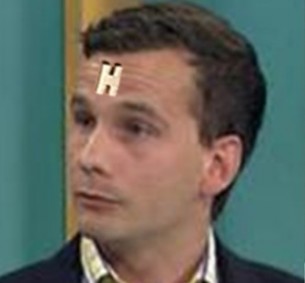 On Wednesday, Little said the party would “reduce immigration numbers, [and] better match migrants with the skills our industries need” without giving details.

Act leader David Seymour questioned where the Opposition would make the cuts, with close to 9000 of the arrivals coming for construction related roles, at a time of housing shortage.

“[I]f they won’t cut construction workers, how will they keep their promises to cut immigration by 45,000 or more?,” Seymour said.

Which is just more Billshit, or in this case – just ignorant shit from Bill’s Act Rimmer sockpuppet back in April… The number doesn’t match up with anything. Just like Gower’s 56 thousand construction workers in the debate the other night.

Sure we could do with them. But we aren’t currently getting them. And those we do get or would have gotten are likely to be starting to eye up the reconstruction bonanza in the US after this climate change driven hurricane season of devastating hurricanes.

Brian Fallow has an interesting analysis of the breakdown of immigration figures in the NZ Herald this morning in Home building hits a roadblock.

As labour is one of those key constraints, it is instructive to look at what contribution immigration has been making to the supply of tradesmen.

Spoiler alert: it is not encouraging.

In the year to June 2016, New Zealand issued 193,000 work visas, the Ministry of Business, Innovation and Employment reports. This does not include 91,000 student visas which confer some limited work rights.

Of the 193,000 work visas, only a sixth (32,000) were in the essential skills category. The rest were to people on working holidays, family members, people in a transitional study-to-work category and seasonal workers for the horticulture sector.

Of the 32,000 people granted visas under the essential skills category, only one in four were first-timers. The rest were temporary migrants already here. So it is not a case of 32,000 people being added to the skilled workforce that year.

And a startlingly low proportion – 7 per cent, or 2233 to be precise – were classified as construction trades workers like carpenters, plumbers, plasterers, tilers and painters. If you include scaffolders and builders’ labourers, the proportion rises to nearly 10 per cent.

If they are typical of essential skills work visa recipients generally, only 800 were not already in the country.

The 2015-16 year was not an aberration. The proportions were similar in the two previous years.

The conclusion has to be that the impact of net migration flows on the housing market and the construction industry is overwhelmingly on the demand, not the supply, side.

Think about that. The biggest single infrastructure issue right now is in construction. That is because for the last 4 years National has been running our nett migration on policy settings that has culminated in 72 thousand nett inwards migration per year compared to a long term average over the past few decades of seldom reaching 20 thousand nett inwards migration. See the chart.

This inwards stream of people, especially in Auckland where the majority end up, has led to a flooded infrastructure on the the housing, roads, schools, and rapidly rising prices. It means that right now the view from my apartment looks like a crane convention – I can see 15 out of one window. That is something that I haven’t seen since the late 1980s – just about the time of the building crash.

But we have been getting 2 to 3 thousand skilled construction workers from that flood of migration. So who is working around those cranes? After all as Brian Fallow points out

Labour market statistics tell a more cheerful story. The June household labour force survey found that the number of people employed in the construction sector rose 17,900 or 8.2 per cent in the year to June.

At a guess I would say that most of our new construction workers are kiwis, not migrants. But that the industry is in at least part limited by the rate of uptake into those jobs.

Labour’s Kiwibuild category for immigration looks like a good idea. We actually need to compete on the global market for some skills. After all my export based industry in the IT sector is built on them. But even there, the actual numbers arriving in any one year are pretty low – in the low thousands. But even there I get the impression that the policies that the points system has been failing NZ and focusing on the wrong skills. Probably because it is mandated by technically illiterate politicians and their minions who are ignorant on what are skills.

We don’t need people to be rocket scientists to be a good trades person or for that matter to be good at building export software. So the points system actually tends to block a lot of the people that we want to import.

Meanwhile, I’d love to export some of the numerically unskilled like our own version of Rimmer and almost every right wing commenter. They seem to concentrate those who seem to be good at talking and obviously don’t do.

After watching media and especially our comments over the last few years,  I am sure that the fool level has been rising as they flood back here – as their host economies reject them.

I’m sure they could do well in Aussie again. Now could everyone please pray for a revival of their economy.