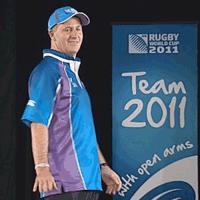 Has there ever been an election in this country that illustrated such a strong disconnect between substance and style?

Voters are clearly still enamored with their image of John Key. He’s a well managed media product. He does popular “feel good” stuff like hang out with royals, photo ops with Obama, and clowning around on Letterman. He avoids the hard issues and dodges anything resembling real media scrutiny (so no Morning Report, no fronting to interviews on asset sales and the like). He’s all about style – brand Key – and we the public are buying it (so far), no doubt about that. Key scores very highly as preferred PM and (I suspect to a huge extent) National piggybacks on his personal popularity to a commanding lead in the polls.

If that was all there was to it then the election would be almost a foregone conclusion. But it isn’t quite that simple, because there is still the matter of substance. And on matters of substance, policy, voters prefer what Labour has to offer. Here’s an account from 3 weeks back:

Voters prefer Labour’s remedy for the economy over National’s, according to the latest Herald-DigiPoll survey – but they still don’t like the doctor. …

The polling began a week after Labour announced its new tax policy, including a capital gains tax and a new top tax rate of 39 cents on income above $150,000. When asked which policy should be used to pay off Government debt, 43 per cent chose the capital gains tax and 34 per cent nominated state asset sales. …

Opinion on the capital gains tax was evenly split in the poll – 38 per cent were in favour and an equal amount against.

The message on asset sales vs capital gains tax was repeated in another morsel from the weekend’s 3 News / Reid poll released last night:

Labour may be struggling in the polls, but its proposal to introduce a capital gains tax is proving to be a winner. A 3 News Reid Research poll has found it is considerably more popular than National’s plan for asset sales. Voters were asked which they prefer; partial asset sales or Labour’s capital gains tax.

… even Mr Key’s own voters seem unconvinced by the push to sell minority stakes in state assets.

• Just 51.5 percent of National voters like the idea.
• 32 percent – one in three National voters – said they preferred Phil Goff’s policy
• 16 percent said neither, or didn’t know.

There’s no doubt that asset sales is huge, but I don’t think that any single issue will swing the election for Labour (for example the first piece quoted above includes “However, four out of five voters said the tax package would make no difference to the way they voted”). But many issues combined? Better tax policy, better social policy, better environmental policy, and no asset sales? It all adds up.

So when push comes to shove in November, will Kiwis vote for the style that they like, or the substance that they want?

75 comments on “Substance vs style ”