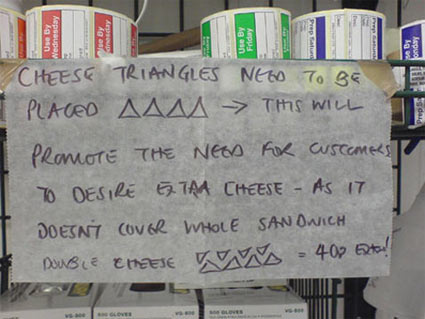 Some of you might remember an incident at Subway in Dunedin earlier this year. A young woman who worked there was fired in after management accused her of stealing a free staff drink after she shared it with her friend. They had her arrested and charged with theft. The news traveled widely, there was a protest and even a bloggers’ boycott of Subway. Thankfully, in the end, the police decided not to prosecute.

So no more drink-sharing. But now it looks like humour is off the Subway menu too.