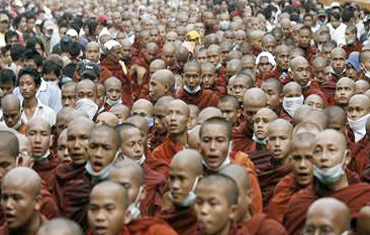 If you’re in Auckland make sure you get along to tomorrow’s rally supporting the Burmese people in their courageous struggle for democracy. These people are standing unarmed against a vicious dictatorship that has a history of massacring its own people – the least we can do is stand with them to show our support.

The main speaker will be Naing Ko Ko, a trade union and democracy activist who was jailed and tortured for six years by the military dictatorship.

The rally is supported by Amnesty International, the Council of Trade Unions, the Service and Food Workers Union, Solidarity Union and Radical Youth.

You can also sign a petition to show your solidarity with the Burmese people over at Avaaz.org.

(Via No Right Turn)