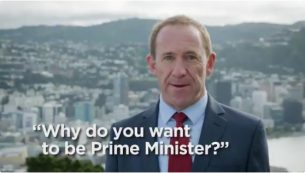 If the latest ad running in Malaysia and Singapore is anything to go by we can expect more fuel to the Auckland property price flames. “How would you like people in New Zealand, to give you around half their weekly wages?”…

Advertisements pretending to be news

No surprises to find that The Herald is sliding in to the muddy waters of “advertorials”.

Today MPs will have a conscience vote on the drinking age. But National won’t be moving on anything that will hurt the alcohol industry, even though action on price and advertising is what’s really needed to make a difference to New Zealand’s alcohol problem.

Electioneering on the public dime?

According to Audrey Young: “National and Act, the parties that kicked up a stink in Opposition about Labour’s taxpayer-funded election advertising, are engaging in their own taxpayer-funded binge this month”…

There’s an ad campaign at the moment about how DB Export was supposedly created in reaction to the Black Budget. It’s full of lies and a lot of people see it as a slur on Arnold Nordmeyer and Labour in general. In fact, this odd campaign under the slogan ‘how to lose an election’ isn’t about Labour. It’s a warning to National.

Wee gripes: As Kiwi as shrimps on the barbie

I love the ASB ads saying “We’ve been a Kiwi bank since 1847” No. You were a Kiwi bank. Since 1989 you’ve been owned by the Commonwealth Bank of Australia. Also, what’s up with calling themselves ASB Bank? Auckland Savings Bank Bank?

Eddie’s already posted on the scripts the Tories in the UK used when it came to explaining (away) their associations with dodgy political consultants Crosby Textor. It was the same broken record used here by National in recent weeks. The anti-Blair “demon-eyes” ad below ran in 1997. The ad on the right ran here last […]