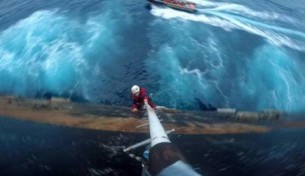 Greenpeace shows everything is not awesome for Shell

Greenpeace has been told by the Electoral Commission that its Climate Voter Website requires third party authorisation and that a cap on the amount that can be spent applies.  There is an exception in the law if the site is a “news media” site which is paradoxically the same defence Cameron Slater is running in his case against Matt Blomfield justifying his refusal to disclose who his informant is.  The sense of irony is strong here …

On their usual friday bad news dump (such a large amount of it these days), the National government dropped this clanger. Greenpeace was right and John Key is a moron when it comes to geology and evidently about risk assessment. We held it over to get past the National’s Monday morning bad news clutter.

The Nats have sold favours to Hollywood, to Sky City, to Rio Tinto (work in progress), and now with the “Petrobras law” it looks very much like they’re selling us out on our right to protest too.

Yesterday the New Plymouth District court sentenced eight Greenpeace activists for their actions last year, in a protest against Arctic oil exploration. I think we all owe these activists a vote of thanks (and I think the Court’s judgement was pretty reasonable on this occasion).

Greenpeace – working for others.

Greenpeace has a case in front of the Court of Appeal today.  It is going to be important for any number of small charities who do some advocacy work that may be considered to be ‘political’.

But Greenpeace deserves a resounding cheer for taking this case when it is far more important to other advocates from poverty groups to  churches to climate deniers than it is to themselves.

The courage of their convictions

While most of us talk about “saving the world” some people act. 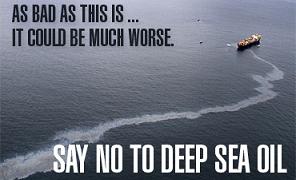 The Federated Mountain Clubs of NZ, Greenpeace, Forest and Bird, Coromandel Watchdog, and the Environment and Conservation Organisations of Aotearoa New Zealand have come together to organise the ‘Don’t Undermine New Zealand’ march on May 1st in Auckland. It should be a great event. Get out there and tell this government that some parts of our country are too precious to mine.

Nothing like a good IT stoush, particularly of the David and Goliath variety. Greenpeace has blown the whistle on Facebook’s use of coal to power its new data center in (note: renewable-rich) Oregon. The supposedly forward-looking social networking site picked this energy dinosaur (and the world’s leading cause of climate change), because it figures the […]

Time to up the pressure on our leaders

Greenpeace executive director Kumi Naidoo makes the case that the failure of our leaders at Copenhagen means the time has come to intensify the pressure on them, including through non-violent civil disobedience and direct action. Hat tip: Greenpeace blog.

A knife edge and an open letter

As the final stages of diplomatic chaos play out in Copenhagen, and with at least the possibility of some truly significant goals emerging, the world is teetering on a knife edge this morning. I hope that Obama has had plenty of time to think about this letter – reposted from SignOn: Kumi Naidoo, Executive Director […]

Short notice, but just got this in from the Drinking Liberally Wellington crew: This week Drinking Liberally is hosting Geoff Keey from Greenpeace. Geoff has been attending the recent climate change negotiations in Bonn and will reflect upon them, and Greenpeace’s “Sign On” campaign. The Sign On campaign is to advocate for for a commitment […]

Greenpeace to Obama: Show some leadership

Written By: notices and features - Date published: 11:55 am, July 10th, 2009 - Comments Off on Greenpeace to Obama: Show some leadership

John Key’s government is at the climate change talks in Bonn avoiding doing their part in combating more climate change in the future (along with Russia and the Ukraine). Meanwhile the British Antarctic Survey is reporting that the Wilkins ice shelf is likely to disappear shortly. A large part of the Wilkins Ice Shelf on […]

We’ve been outed! By none other than Thelma (or was it Louise?) A promotional video for climate action, voiced by Susan Sarandon for Greenpeace in the US, holds New Zealand up as a beacon of hope on a sickly earth praising the former Labour Government’s plan to ban energy inefficient bulbs by 2009. Unfortunately for […]

Brownlee blowing smoke – or is it Coalfinger in disguise?

Gerry Brownlee was puffing smoke this Wednesday morning about his daft (in terms of the Kyoto agreement) decision last month to remove the ban on thermal generation of power. It reminded me of something I’d seen recently, so I dug back through the mental archives. Eventually I re-discovered the mysterious coincidences between the decisions of […]

In case, like me, you tend to mainly read the news online, here’s what was stuck to the Dominion Post this morning:

Some great political theatre from Greenpeace yesterday. A bunch of climate activists got up at the crack of dawn, plastered ready-made lawn around the outside of John Key’s electorate office, then put up some wee pine trees and stumps alongside a billboard saying ‘Would John solve this climate crime?’ Looks like a couple of them […]