Brownlee lying to the UN over Operation Burnham

The UN called for an investigation into Operation Burnham. Very inconvenient for the Nats who would rather sweep any dead civilians under the carpet and forget them. So naturally Gerry Brownlee responds with a lie.

Pike River – who to believe?

The Nats are settling in to election mode – smoke and mirrors. Steven Joyce feeds us billions of dollars worth of lies.

Even then, local “journalists” were just parroting overseas reports despite having a major vanguard for the post-truth epoch playing out right before their very eyes

English will be worried that he got hammered like this, when Key got away with all sorts of insults and lies. And if you think your fellow Kiwis are useless workers you’re doing it wrong.

Some folks Bill knows are telling him stuff and he’s basing immigration policy on it. The facts say otherwise. Bill English is full of shit and it’s time that more media called him on it.

English is a less convincing liar than Key.

With this vicious infighting exposed the government is clearly in total disarray.

The Trump / Spicer claim that the inauguration crowds were “the largest audience ever to witness and inauguration, period” are such an obvious lie that it seems unhinged. But there could be method to the madness.

(Update: Apparently in Trump speak these are “alternative facts”.)

Key says he expects National to lose in Mt Roskill – under the bus for Parmjeet Parmar. He won’t be attending the wake either, and he spins another lie just for good measure.

Six years on, the government still lies about Pike River

For six years the families of the men who died at Pike River have not had clear answers about what happened. From the Pike River Royal Commission, they got some answers. From the government, nothing but lies.

Nat allegations about Michael Wood a pack of lies

I trust the truth will be reported by all the media that reported the lies.

Time for another round of fear mongering

Latest fear mongering sounds like a rerun of the jihadi brides lie, which as an editorial summary put it – “raises serious questions about the accuracy of claims made by John Key, SIS boss Rebecca Kitteridge and Security Intelligence Minister Chris Finlayson.”

Chart of the day: The “building boom” 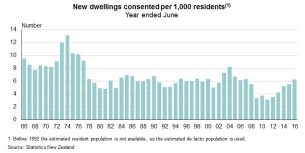 Most of the media has reported the Government’s “3%” spin on the extent of residential property purchases in NZ going to foreign buyers pretty uncritically. There have been honourable exceptions, and yesterday property editor Anne Gibson in The Herald joined them.

When caught abusing new powers the response will be the same as when caught out abusing the old – meh, so sue us.

What was the payment for, why did the Nats go ahead with it against all advice, and why won’t they release the letter?

Clinton on “trickle down” economics

Lefties have been saying it since forever, but it’s nice to have Hillary Clinton on record.

The Nats are in a difficult spot here, no doubt about it. The weak steel is a serious issue and it should be investigated. But their usual tactics of deny and lie have been caught out yet again.

Yesterday this was the story: Speaking shortly after his arrival in Indonesia for a three-day trade trip, Key sought to pour cold water on the idea of any Chinese retaliation. While he could not confirm whether MBIE had received a complaint about steel dumping, due to the confidentiality of the complaints regime, the Government had […]

Bill English unaware that GST is a tax shock!

90 day trial – no lie too outrageous for National

For eight long years National have been telling us that the 90 day trial (fire at will) law was all about creating jobs. Yesterday a new Treasury report showed that it had failed to do so. RNZ: “The government now says its 90-day trial period was never about increasing the number of jobs in New Zealand”. Of course. 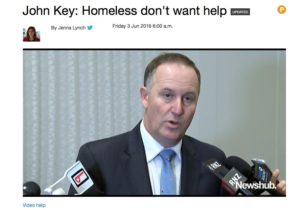 Paula Bennett’s “big” housing “announcement” today is a re-announcement with a twist of lie.

Small: “Only this week Prime Minister John Key managed to spend one, save it and outline a plan to give it back to taxpayers all at the same time.”