As if the second round of booing in a week wasn’t bad enough, John Key got royally trolled by a young BGO attendee on Instagram. Then the Herald bizarrely decided her selfie of the PM with his hand tantalisingly close to her hair was a genuine BGO good news story. But wait! There’s more!!!

The echos of John Key’s ponytail pulling harassment of a waitress continue.

I/S at No Right Turn on the OIA into communications between Key and Glucina.

Ponytailgate: What does Key have to hide?

The Ombudsman is to investigate John Key’s office’s refusal to provide information about what contact occurred between Key and Rachel Glucina during ponytailgate.

I bet he does 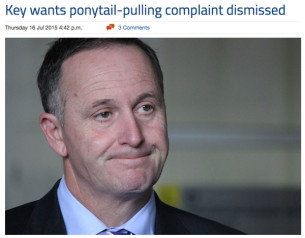 NRT: What is the Prime Minister trying to hide?

You have to ask why Rachael Glucina departed the NZ Herald for National’s beneficary and friend Mediaworks. No Right Turn has been trying to find out how much contact John Key or his office had with Glucina when she did the dirty and unprofessional interview with the victim of John Keys ponytail pulling. Why he still illegally trying to cover those contacts up?

NRT: An abuse of the OIA

No Right Turn points out that the answer given by John Key in response to an Official Information Act request was completely inadequate legally. It doesn’t matter if he was in his guise of the infamous Parnell Pony Puller, or PM as he sometimes likes to call himself. He isn’t allowed to advise Rachael Glucina of the NZ Herald to attack his victim and then hide it behind his official role.

Creepy Key has dodged a question from the Green Party about any contact he may have had with the New Zealand Fox News Herald in the lead-up to Rachel Glucina’s hit job on the cafe worker who’s ponytail he pulled.

McCready back again on Key’s harassment

I’m all in favour of holding Key accountable for his actions in general, but not when the victim herself has asked McCready to desist. McCready should respect her wishes.

Given that Amanda Bailey asked McCready to withdraw his case, this is good news. 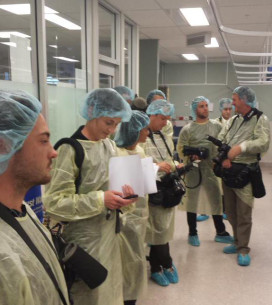 “John Key … hopes he hasn’t embarrassed New Zealand in the wake of the embarrassing saga, which made headlines worldwide.” Ummm….

Very wise of Bailey to dissociate herself from McCready, and make her own decisions about prosecuting Key.

(Image from Emmerson in The Herald)

(Image from Emmerson in The Herald) Don’t be mean to John!

It was all a bit of fun. Have we become so casual about harassment? 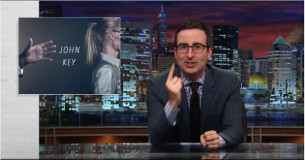 A Friend first, and a Boss second, probably an Entertainer third.

“I’m a friendly guy that likes to interact with the public. I do like to have a bit of a laugh and I’m probably the most casual Prime Minister New Zealand has had.”

John Key’s week has turned from drama to farce. David Brent looks good next to this clown. 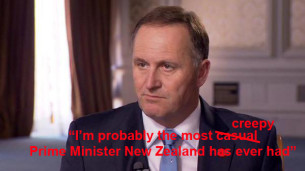 Pull the other one… ponytails, minimisation and male privilege

From pulling ponytails to police minimisation, there is a deep problem in our country with attitudes towards women and to sexual violence.

Of all the ways Key could have shot his leadership and his legacy in the foot – this really was the stupidest.

Image from Emmerson in The Herald – definitive.

John Key has finally achieved the world fame he has clearly always wanted, but not in a good way. Here’s a roundup of the international coverage of his harassment.