The labour dispute is turning into a fiasco for Ports of Auckland. Thousands marched today through Auckland in protest, and cargo loaded by non-union labour is being blacklisted internationally. How long will Ports of Auckland stay on their self-destructive course?

Lamington’s Stupidity (and why I hate the rent-a-crowd)

I’m no fan of the people who threw the Lamington at Len Brown. They are the same crew who waltz into every social movement in Auckland, suck the life out of it and move on. But the only winner out of this lamington incident was the Port’s board and the (I’m sure) the self-image of the egotistical morons who threw it. It cost the Maritime Union. It belittled those of us who are infuriated at the Mayor’s response. And it was just plain stupid.

The press release Len Brown should be issuing

A contrite Mayor Len Brown today offered his apology to Port workers for causing their redundancies by demanding higher port profits then giving them the cold shoulder. “I turned my back on the working class. That ‘we’re on a journey’ BS on RNZ was the final straw. I am donating to the workers the $2,000 they gave my election campaign, and the $270,000 3-year payrise they helped me get when I became Auckland mayor.” 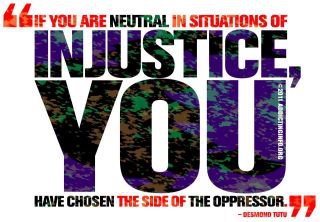 You betrayed the people you pretended to represent Len.

Ports of Auckland wants to increase profits by slashing pay-packets by 20% – $6m. So far, the process has cost them at least $28m. Add $9m for redundancies. Add the cost of continuing interruption as the contractors are established. Add the cost of blacklisting. Add the cost of customers that have shifted ports. Len Brown should sack the POAL management for incompetence.

Len Brown gets a Dear Len over his performance over the Ports of Auckland dispute.
“I delivered your leaflets in the rain. I erected your hoardings across Auckland. I phoned and canvassed support for you. I encouraged my friends to vote for you. But it’s over. Frankly, I find your protestations that you could not help the 292 sacked wharfies asking to be able to work to live and not live to work offensive. Don’t play the victim: your salary is too big.”

Today Ports of Auckland  sacked 292 employees in the pursuit of the unobtainable by the idiotic. The Ports of Auckland from the start intended to provide a conflict with the intent of sacking all the workers and rehiring them on worse conditions, saving $6m (20%) in wages a year. The amount of money saved was a pittance compared to the underlying problems the port needs to fix.

POAL back to bargaining table

4 days into 4 weeks of strikes, Ports of Auckland is back at the bargaining table. From usually docking 4 ships a day, they’ve docked 2 in 4 – 88% reduction. POAL can’t provide service. Ships are going elsewhere in our over-capitalised port system and might not come back. The Council will be screaming blue murder at the loss of revenue and business disruption. How long till management folds?

The real story of the ports dispute

Bosses move to drive wages down

John Key said he “would love to see wages drop“, and his government has achieved that but they’re just getting started. This is the year when the gloves come off. Ports of Auckland is trying to slash its wage bill by 20%. Talley’s-AFFCO is locking out 750 workers indefinitely. And DHBs are trying to scare nurses ahead of their pay negotiations with the spectre of job cuts.

Show your support for the MUNZ workers in the Ports of Auckland dispute, including a picket today from 10am.

It’s slipped down the news agenda but is about to come back up it: The Ports of Auckland Dispute. Tony Gibson is wasting our money on his union-busting campaign that will result in reduced profits  for ratepayers. Sign up to make him see sense.

I’d imagine that’s where “scoops” like this are coming from.

Ports of Auckland and casualisation

CTU President Helen Kelly talks about the Ports of Auckland and the effects of casualisation on workers and workplace health and safety.

Show me the money!

Farrar, Slater and their POAL masters are getting all antsy about how much port workers get paid.

Maybe it’s time they came clean about their own rorting, eh?

With the house due to sit in a couple of weeks John Key’s people will be weighing up their response to the POAL dispute.

My guess is they’ll base their decision on what they can get away with politically.

Whatever they do it’ll be no good for the port workers and certainly no good for Key’s goal of closing the wage gap with Australia.

Tony Gibson with his $750,000 salary and his senior managers on half a million each may have thought they had it easy beating up on some $27 an hour workers so that they could increase profits by cutting wages but they failed to calculate that those 330 workers are backed by 400,000 brothers and sisters around the world.

The travesty of the Port of Auckland dispute is that we have a publicly-owned company trying to slash its workers’ pay so that it can try to undercut another majority publicly owned company that has already slashed wages, the only winners being the foreign shipping lines. Well, here’s some of our representatives standing up for Auckland workers.

Some have compared the Port of Auckland dispute to the 1890 waterfront dispute, 1913 general strike, and 1951 lockout. They want Labour and the Greens to get involved. Actually, this is no 1951 redux. The POA fight is just about one company trying to undercut another. The net effect on New Zealand is zero. The last thing the workers need is Labour creating an excuse for National to attack them.

A leaked Ports of Auckland strategy document shows their goal is to reduce the stevedores’ wages by 20%. They were planning to manufacture a crisis even before the stevedores’ collective expired. They’ve been rumbled breaking the law by not bargaining in good faith. Their political support will now evaporate. They should cut their losses, and a deal with the workers, now.

Why does the Right think port workers’ pay should be cut?

National high flyer Jami-Lee Ross, Ports of Auckland’s chief shill, and Fran O’Sullivan all joined the fray over the port dispute yesterday. How does their line that the workers are overpaid marry with the Port’s claim that they’re offering pay rises? Does the Port project its wage bill would rise or fall if its offer were to be accepted? And what to make of this ‘national interest’ line?

POAL, DPF, and the politics of envy

DPF has joined the chorus of overpaid righties calling for working people to have their pay cut.

That’s despite him being on a pretty good wicket himself.

What is it with the right and the politics of envy?

They say that the nice thing about Cameron Slater is he’ll believe whatever he’s paid to believe. Yesterday, I asked whether Slater is being paid to run dirt stories for Ports of Auckland. He didn’t deny it. So what is the Port’s propagandist up to? Yesterday, he was calling for the workers’ pay to be slashed while defending the directors’ massive fees.
Update: Ports of Auckland denies paying Slater anything.

What’s really going on at Ports of Auckland 2

Since my post yesterday, Ports of Auckland has upped the ante  threatening to sack all its workers and contract out (to quick and loud cheers from the National-aligned blogs they are working with – Cameron Slater’s rate is $10,000 for an operation like this). What they’re proposing is a breach of the law and wouldn’t work, but its just setting the scene for the next stage.