It’s said that in times of war, the first casualty is truth. Well, since truth is taking such a pummeling these days, it follows that we are at war, no?

“Here’s a new idea for the Tories: Why not ask a simple question every time you propose a course of action: Is this morally just?”

When the levee breaks…

Bar the ear-worm, nothing to do with Led Zeppelin.

Optimism, determination and, above all, unity

Once again this country under National is rightly shamed in the international media.

Gary Younge is a feature columnist with the Guardian.  In this film he explains why the Trump phenomenon is a symptom of current societal change.

Black Monday on the casino Chinese stock markets wasn’t a particular problem for NZ. John Key’s short-term thinking government will be. Both us and our next biggest trading partner Australia are now heavily exposed to falling Chinese imports and falling commodity prices. That is going to hurt over the coming years.

Keep it in the ground 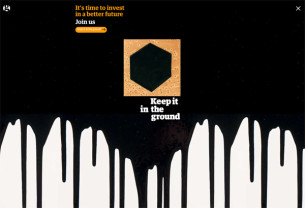 Monbiot on state media and the corporate elite

George Monbiot wrote recently on how Canadian and United Kingdom public media reporting on corporate news are hopelessly pro business and lacking in any sort of balance. And how the volume of articles concerning environmental issues is declining. Is it the same in New Zealand?

The innocent have nothing to fear?

It’s not just journos who should watch out if the GCSB Bill goes through. David Miranda, partner of Guardian journalist Glenn Greenwald, was detained by British police yesterday while in transit through London. All his electronic equipment was confiscated. After the nine hour limit was up this “terrorist” was released into Britain! All because his partner has been the journalist who wrote about Snowden’s revelations about internet surveillance by GCHQ, NSA, and GCSB.

Tax hikes fail to cause ‘brain’ drain in UK

George Monbiot writes: It’s a bitter blow. When the government proposed a windfall tax on bonuses and a 50p top rate of income tax, thousands of bankers and corporate executives promised to leave the country and move to Switzerland(1,2). Now we discover that the policy has failed: the number of financiers applying for a Swiss work permit fell by 7% last year.