Some men just want to see the World burn

Normally when you lose an election you say nice things about the winner and make way for them. But is Trump doing this in the US of A? No sirree. From refusing Biden transition resources to instructing officials not to cooperate with Biden’s team to mass sackings of Defense officials to various failed cases Trump is obstructing the transition every step of the way.

Juice Media on the essential facts about the spread of Covid-19. It concentrates on the United States, where personally I’m picking the US, by the end of the year, as being the biggest medico-political screw up world wide after Iran. Early wishful thinking and a lack of transparency cost lives. Pathetic bullshitting simply doesn’t help.

The onslaught launched against Trump from sections of corporate media and liberal institutions will look as nothing next to the unified onslaught that will be unleashed against a President Sanders.

The Fourth Estate struggling in the social media world

Ahead of the 2020 General Election in New Zealand, Labour Prime Minister Jacinda Ardern has announced that her party is committed to run a factual election and has signed up to a social media tool to help prove it. The 2020 NZ election will be an interesting case study of whether in the social media age there can be honest political debate free of misinformation and manipulation of facts.

Farage – thorn in the side of the UK Conservatives

Nick Kelly is a former NZ trade union leader and NZ Labour activist. He is a co director of Piko Consulting, and currently lives in London expanding Piko into the UK. The below was originally published on Nick Kelly’s blog

Elizabeth Warren on Facebook and the US presidential election

“They’re allowing Trump to spend over $1 million a week right now for ads on their platform—including ones that air the same lies that TV stations won’t.”

The Mueller report apparently clears Donald Trump of collusion. However, charges of obstruction of justice against his team remain possible.

The Trump shutdown is over, as the doofus President waves the white flag. And in Florida, his trusted advisor Roger Stone is led away in handcuffs to face charges of lying to the Mueller enquiry. Good times, people, good times!

The young racist who was filmed smugly grinning at a native American elder has put out a statement justifying his actions. Trump will be proud. Bigly proud.

I’m moving to the country, gonna eat a lot of peaches! Donald Trump has yet another bizarro, almost Freudian, moment as his threat to invoke a national emergency to fund his wall falls flat. Peaches, people! Not impeachment, peaches!!!

Three women have made their mark in US politics this week. One danced, one swore, one made the House her home.

Trump’s…I don’t actually have words for this little escapade.

If ever anyone needed a reason to insist on secularism…

@realDonaldTrump does not exist

For a brief moment, the internets rejoiced.

Kiwis send a message to Tillerson

As Patrick Gower puts it, “English tries to hide from the reality of Trump’s America”. Fortunately ordinary Kiwis were not so supine.

Once upon a time

Once upon a time this country stood up to American and said no to nuclear weapons. Now we dare not say yes to saving the planet.

Guess which two NZ broadcasters have disgraced themselves by lining up behind Trump’s lunatic fringe denier posturing. 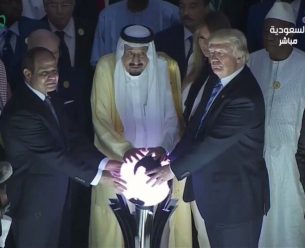 Over months, the readings from Statcounter had gotten increasingly inaccurate. Since the other public site stats packages have significiant other flaws on highish volume sites, we stopped running any. That means that the blog rankings for this site at Open Parachute stopped. Bomber can claim a empty position because he can’t check his statistics.

Four eyes and an arsehole

NZ with its various operations around this end of the Pacific really doesn’t need its own intelligence gathering operations blown by the current incompetent blowhard of the White House. Nor does anyone else who shares information with the US. That is the problem with Trump childishly boasting about the intelligence gathered by others merely to boost his ego.

So much for checks and balances.

Trump has nominated a failed senator Scott Brown to be the ambassador to New Zealand. As a Fox presenter of alt-facts and a supporter of waterboarding to produce them, he sounds like a ignorant dickhead. A worthy representative of the Donald. 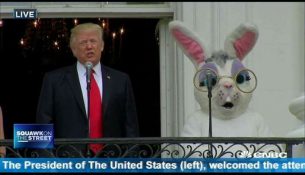 If you are absolutely determined to be one of the idiot legion who’re forever squirreling their heads deeper into sand, then don’t read this post.

The Trump regime has begun the process of dismantling environmental protections in America, including those designed to limit carbon emissions / climate change.

Trumpcare down in flames

Good news (for those following the tragedy that is American politics).