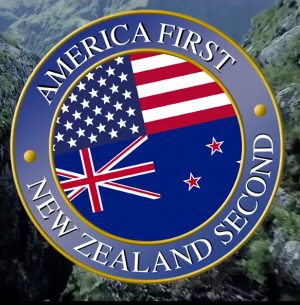 Trump handed his own arse by appeals court

The stay on Trump’s Muslim Ban is upheld. He took it about as well as you would expect.

So apparently the PM managed to get through a 15 minute call without “upsetting” Trump. That’s where we set the bar these days.

What to do when your erstwhile ally loses the plot?

Diplomacy in the age of Trump is going to be a real blast. Just ask Australia.

Interim PM Bill English is getting a hammering for his “weak and indecisive” response to Trump’s Muslim ban.

The constitution is screwed

Bill English has failed his first test of real leadership. Compare and contrast, English and Little’s responses to the Muslim ban.

Update: The image is Emmerson’s take in The Herald.

Will English speak up on Trump’s ban?

World leaders are condemning Trump’s Muslim ban. What does the PM of our country have to say on the matter?

Welcome to the new America.

The Trump / Spicer claim that the inauguration crowds were “the largest audience ever to witness and inauguration, period” are such an obvious lie that it seems unhinged. But there could be method to the madness.

(Update: Apparently in Trump speak these are “alternative facts”.)

The Sister Marches have been a huge success worldwide.

You Don’t Know How Lucky You Are Boys …. 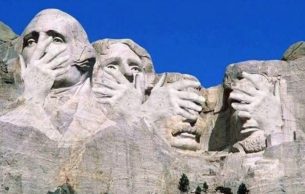 TPP: An epitaph for self-interested treaties done in secret

The misogynist buffoon, under-skilled charlatan and ignorant bigot that the Americans have elected to be their constitutional monarch for the next four years appears to have effectively killed the constraint of trade agreement known as the TPP. From a freer trade advocate, avid exporter, and labour movement supporter with a touch of green :- Good riddance.

A challenging and provocative piece on Trump’s election victory from an Arab perspective.

Oh noes! The world’s not going to saved now!

Bollocks. It was never going to be.

An interesting time for the Republicans

Trump is going to be a figurehead, not a president, leaving governance to an unfettered Republican machine. That machine is no friend of the disenfranchised, never was, never will be. How will Trump’s base react to being betrayed?

The Age of the Bitch.

– time for misogynists to feel our anger.

Day 3 of the DNC. Biden and Obama to speak later, Trump wishes he hadn’t spoken earlier. In what looks to be an embarrassing gaffe, the candidate of the 1%ers has requested help from Russia to hack Hillary Clinton’s emails. In a normal election, that would be political suicide. This year, who knows?

Jon Stewart on the Republican plan

“The Republicans appear to have a very clear plan for America…” Stewart on fire and funny.

Yesterday was a big day for both UK and US politics. Brexit revealed the political consequences of social inequality. Meanwhile in America the Trump Train is derailing.

For the first time Trump has overtaken Clinton on the average of polls. But don’t panic just yet.

A class in political sloganeering 101. Read and learn.