No mystery over Waitakere votes

There was some pretty low-grade reporting on the Waitakere race that suggested some kind of organised voter fraud may have taken place. Under the title Questions over Waitakere vote, the Herald reporter said 9 dual votes had been found and 393 special votes had been cast by people not enrolled to vote. But that’s not evidence of foul play: it’s par for the course.

The judicial recount has given Waitakere back to Bennett. By 9 votes. Could swing back on a high court petition. Who knows who really has more support out west. Sepuloni and Bennett are essentially as popular as each other. Just shows the stupidity of winner take all electoral systems. 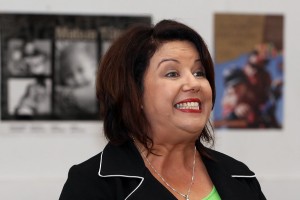 From the miscellaneous bits of news department – a particularly grim Roy Morgan poll, and the announcement that Sue Bradford is standing for Mana against Paula Bennett in Waitakere.

Look Mum they stole my city …

After the success of the meetings about the super-city in Waitakere and Manakau yesterday, here are a few more of interest in date order. We will issue reminders when they are due. From the notice on the Grassroots Labour site about a public meeting in Waitakere. Time April 27, 2009 from 8pm (now correct time) […]

The government’s refusal to listen on its fast-tracked Supercity plans is already resulting in protests. The unrest that’s building should hardly come as a surprise. I can certainly understand Aucklanders not wanting to be dictated to by Wellington – especially when the outcome is ACT running their city. I’m still at a loss as to […]