Take it out of my ‘tax cut’

So the govt wants to sue the Waihopai 3 for $1.1 million.

Problem is, the dudes only have a grand between them. Spending a couple of hundred thousand on lawyers’ fees to bankrupt some hippies. Doesn’t seem like the best use of taxpayer cash.

Tell you what. If the govt really wants its $1.1 million they can take it out of our tax ‘cuts’. 25 cents each.

That’ll be my tax cut pretty much gone. According to Marty’s calcs after the GST increase I’m in line for a buck or two a week if I’m lucky*

That’s before the landlord puts up the rent, of course.

Still, I guess it’s necessary. Gotta give those tax cuts to tax cheats. It’s about creating the right incentives, you know. Gotta give the rich some more money, otherwise the poor dears will starve. And with the economy still smaller than it was years ago the only way for the rich to be richer is by taking more off the rest of us.

Think of them like parasites. Only way for them to get bigger is sucking more out of us. 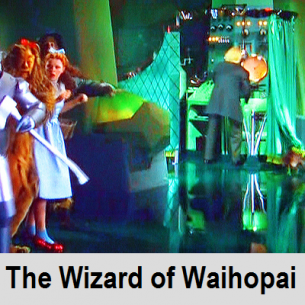 I guess that’s what appeals to me so much about the Waihopai 3. They took it not just to the military/industrial establishment but to all the elite. They pierced the bubble. Showed the patheticness underneath. Dispelled the Wizard of Oz myth of omnipotent power and control.

And the people loved them for it.

So put my 25 cents on their tab. The rich bludgers’ party would just be along to take it off me next recession anyway.

*(hey, Marty. What’s the effect with WFF payments on the tax ‘cuts’?)
[because a lot of middle income families effectively pay little or no net income tax thanks to Working For Families it’ll often mean little or no reduction in your income tax to offset your higher GST bill and your buying power/standard of living will go down. Basically, your middle income family is about to get screwed, sorry Zet. If it makes you feel better I get a tidy sum – Marty].
(aw, f#ck)