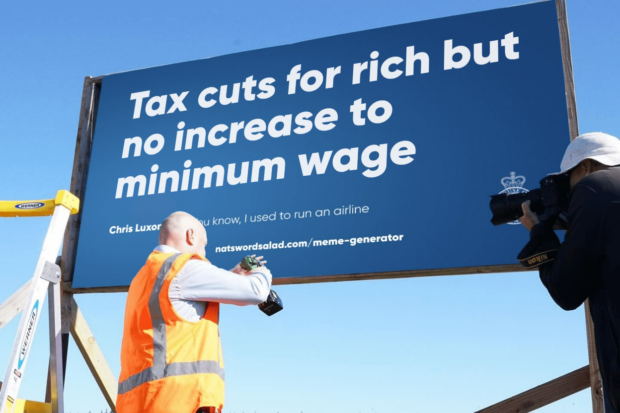 On Sunday on Q&A Chris Luxon received a grilling from Jack Tame the likes of which I have not seen yet.  It was a sight to behold.  An interviewer holding Luxon to account.  Up to now he has received a very easy ride from the media.  But Tame’s interview suggests that the post leadership change honeymoon may now be over and some very targeted questions demonstrated that Luxton does not really understand how difficult a job being Prime Minister would be.

Here is the video.

Tame did something which other media should take note of. He went past the generalised statements of policy grandeur and certainty Luxon is prone to utter and asked him specifics.  He called on Luxon to identify the spending that he would cut and what difference it would make. Luxon identified the Hamilton to Auckland Train service, the employment of more bureaucrats, spending on mental health most of which has not happened yet, and spending on the health restructure most of which has not happened yet.

Tame did the maths and showed that combined these items comprised a very small part of Government spending and even if cut completely would make a negligible difference.

Luxon has repeatedly said that unnecessary Government spending has added to inflation. When pressed to explain how he could change this he clearly could not.  And he later admitted that National’s tax cuts would be inflationary.  His minders must have been on high alert at this time.

Tame’s next series of questions were brutal. He asked Luxon which New Zealanders were being squeezed and who would benefit from National’s tax cuts. National’s focus is clearly on the “squeezed middle”. The poor do not feature in Luxon’s calculations. He could not adequately answer how he as Prime Minister would get a tax cut of $18,000 a year and how this helps the squeezed middle.

It was put to him that he had opposed the winter energy payment, the minimum wage increase, and the increase to benefits but he still supports someone on almost half a million dollars receiving a $18,000 tax cut.  That was such a good question.

He trotted out the need to attract wealthy people to New Zealand. A cut in the marginal rate which is still below that of most nations was thought necessary so that the wealthy would want to come here. How does that figure?

He admitted that National’s tax savings calculator on its website does not allow for the removal of the top tax rate. I am not surprised. This would have been the source for some pretty embarrassing graphics.

He admitted at one stage that he was not a polished, career, beltway politician.  If he wants to become Prime Minister he will have to learn these skills really quickly.  Being PM is way more complex and difficult than being chief executive of an Airline.

So it looks like the media honeymoon may be over.  At least outside the NZME media stable.  But it is about time.  Luxon has been spreading magical fairy dust all over the place for a while without being called to account.  Hopefully this will now change.

Just watched on demand both Willis & Luxon interviews and all I can say is: mobilise. Those two are freakin scary. I will leaflet drop for @nzlabour @NZGreens and @Maori_Party. Hit me up.

45 comments on “Tame shows media how to interview Luxon ”