Ten steps towards victory for Labour 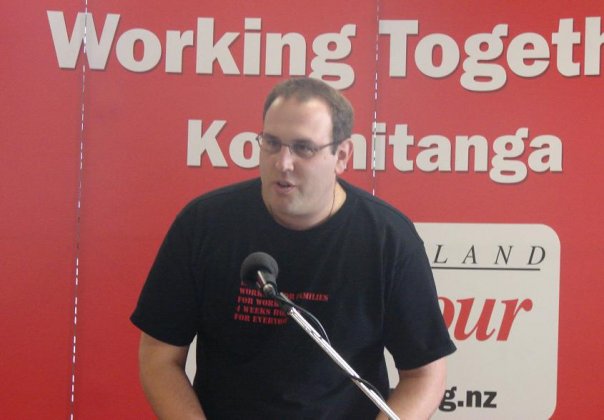 I love the Labour Party dearly. As an activist, I have given huge chunks of the last 18 years of my life to trying to get individuals as well as the party itself elected to office – sometimes successfully and sometimes not. I have seen a lot of strategies come and go, and based on my experience and observations I would like to offer some constructive advice to the team ahead of a make or break election year coming into full swing. I hope my advice is taken in the spirit it is offered. Not as the ravings of a washed up cynical hack (something I may or may not be…) but more as a concerned friend.

On that note, here are ten steps to victory for Labour in 2017:

1. Bolster the backroom team with people who have a record of winning big important elections. If this means bringing people in from overseas – this is would be the best use of money all year provided they can work within a New Zealand context.

2. Stop using impersonal voter contact techniques imported from the US. They are designed for states where some counties have twice the population of New Zealand. There are much more effective ways to reach New Zealand voters. Clue: There is no substitute for face to face contact.

3. Stop thinking that turnout strategies can save you. The number one turnout strategy you need to focus on is giving people a reason to vote for you. Party machines only help turnout along – they don’t drive it. Getting a Labour government elected has to matter to people. The harsh reality is it doesn’t at the moment.

4. Get a vision that resonates with voters. I honestly can’t tell you what Labour’s vision is at the moment, and that’s been a problem for a very long time. People don’t know what we stand for.

5. Angry Andy is fine – it’s better than boring Andy! Passion is good, don’t listen to those who don’t have his best interests at heart on that. But he does need to focus a little bit more on making sure that every interview he does is authoritative, clear and concise.

6. Annette King has served well, but she needs to stand aside from the deputy leadership and the health portfolio. Having two Wellingtonians in the one and two spots looks terrible, as does having a deputy who served in the fourth Labour government. Further, as a former Minister of Health, Annette is not the best person to attack a system that she had a big role in putting in place. Health should be a key attack point in any centre left opposition. Jacinda Ardern and Iain Lees-Galloway should be promoted to deputy and health spokesperson respectively as soon as possible.

7. Keep renewing the caucus. Every other party has done better than Labour on this front. Gone are the days when being an MP was a job for life. It’s absolutely vital that Labour is a fresh looking, heavy hitting, government in waiting. New MPs need to be diverse as well as adept at going on TV and selling Labour’s message.

8. Remember that elections are won and lost in Auckland, not Wellington. Run every decision you make through a lens of “how will this play in Auckland”? And if the answer is “I don’t know” find someone who does.

10. Don’t think that just because Key is gone, things have gotten any easier. Keep driving forward as though he’s still there.

239 comments on “Ten steps towards victory for Labour ”