That made my Auckland anniversary day 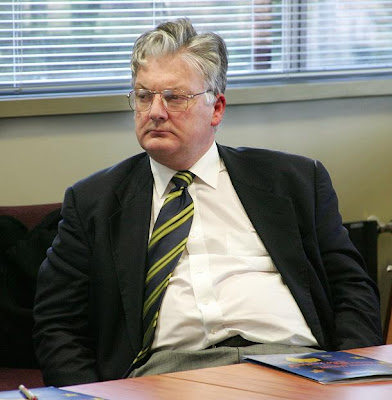 Peter Dunne has been slagging off the Greens (and the green movement) for a long time. In fact as far as I can remember ever since he did the big waka-jump out of Labour in the early 90’s.

Apparently, he has taken the opportunity of Jeanette Fitzsimmons departure from parliament to somehow compare his one-person coiffure as being  equivalent to a movement. A movement with a flourishing political party, and one that looks like it may be doing that most difficult of political maneuvers – generational transition.

I’m pretty ‘green’ on a lot of issues, but it comes from my understanding of sciences. I don’t particularly like the greens leadership or their way of making decisions – which seems more guided by popular appeal and PR than science. For instance, to me, their views on GE seem more Luddite in their essential stupidity than reasoned. But there is no denying that they are a sustained political force to be reckoned with.

United Future on the other hand is increasingly a one-man-band, and the one that appears to have effectively kept the Greens out of holding ministerial posts in several governments. Conversely, and probably because of being out of strong coalition agreements, the greens have managed to keep green issues to the forefront of local politics.

So it is a bit rich when Peter Dunne starts comparing Jeanettes performance whilst at parliament to his. After all, Peter started with a reasonable sized party and steadily lost it. He has gained ministerial powers by not holding any opinions worth bothering with. Jeanette on the other hand has worked within a team and built a party out of a disparate range of essentially fractious people.

When I look at politicians, I focus almost exclusively on performance in moving towards policy goals and ignore rhetoric. To me there is no comparison on that basis – Peter Dunne is an ineffective lightweight, and Jeanette Fitzsimmons is a political heavyweight. She does what is required to get things done and seems to bring the best capabilities out of those around her. Whereas Dunne has a ego that seems to exceed his capabilities.

In fact the best thing you could say about Peter Dunne from my Auckland perspective is that he is mildly useful when you want to form a coalition. Peter is attracted to the baubles of office and doesn’t seem to have achieved much over the last decade. Jeanette helped put together a parliamentary Green party and moved green issues into the mainstream.

But don’t bother reading me waffling about this – read Tim Selwyn at Tumeke! He has really got the Quintessential Wellington Haircut sussed.

He has made my Auckland anniversary day with that post tearing Peter Dunne to bits. It is hilarious.

21 comments on “That made my Auckland anniversary day ”