Last Wednesday, Campbell Live began a promised series of programmes over the coming month, each based around one Big Issue that impact on all new Zealanders.  On Wednesday night, CL’s 3 segments focused on different angles of the issue of public versus private transport, and Auckland compared with “the regions”. Questions about funding and the struggles between local councils and the NZ government were a key theme running through all segments.

The first segment, Auckland’s ignored problem, laid out the long legacy of transport problems in Auckland.  It frames the segment referring to the perception around the regions, that the more money Auckland gets, the less money available for other parts of the country.

The video graphically shows how, for about a decade Auckland’s transport problems have been ignored, and it regularly “grinds to a halt”. CL refers to the legacy of Auckland’s decades of focus on roads: a transport network, which, as with the rail system, was originally built for freight and is since being significantly re-purposed for transportation of passengers.

Trams have become a distant memory, after being replaced by buses. 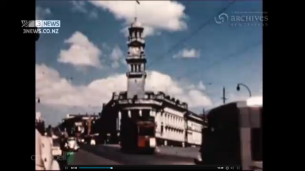 CL then looks at Auckland Councils transport plans. Fully implementing these, aimed at making more use of public transport, is costed to have a $12 billion short fall.  Road tolls have been put forward as one possible way to fund the necessary transport developments.

CL puts a bit of focus on the development at Waterview (near Pt Chevalier and the motorway causeway to Te Atatu in Auckland’s west). This development aimed at connecting the South western and North Western motorways ids begin funded by the NZTA. 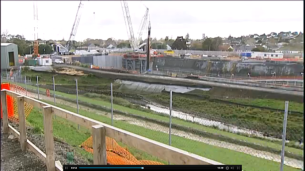 CL then looks at developments of roads in Auckland’s east – a neglected area transport-wise.

Dan Parker reported on the views of councils throughout New Zealand. 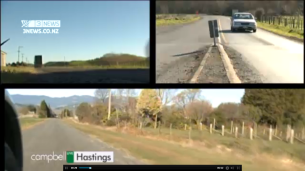 An NZTA spokesperson Geoff Dangerfield says they do allocate funding fairly between Auckland and the provinces.  However, people in Southland and the Far North dispute they are getting sufficient funding for safe and usable roads.  These are essential for important industries like forestry and agriculture.

There have been a lot of the complaints are about the government’s RONS being to Auckland focused, sucking up funding needed for deteriorating roads in areas like Hastings. Central government contribute 51% to everything spent on roads, but funding agreements differ from region to region. Campbell Live’s third and final section looks at The Congestion Free Network proposal. The CTFN involves collaboration between the Auckland Transport Blog and Generation Zero.  CL begins the segment by characterising the plan as “revolutionary” and presenting “Auckland as we’ve never seen it“. This alternative plan aims to end congestion, be environmentally friendly and sustainable, provide real choice for travelers, and costs a fraction of Auckland Council’s plans. Matt Lowrie from the Auckland Transport Blog says is not cheap but, at a cost $10 billion all up, cheaper than the official proposals, . Furthermore, over the full time period they are proposing the plan will cost $24 billion, with less focus on roads and more on public transport.  However, these figures have confused me a bit.  Does Matt mean that the initial cost will be $10 billion?

The City Rail Link is the”killer app” that opens up the whole network.  The CFN also has some cool additions like a rail line to Mt Roskill. 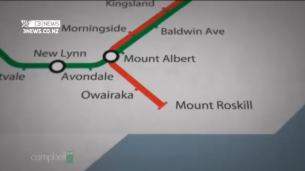 And it includes improved bus networks in the south, north, east and west of Auckland, plus some ferries straight into the city. 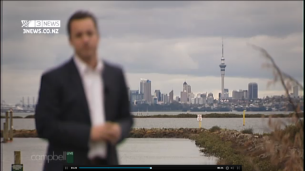 Driving by car will still be an option, but on roads that aren’t congested.  There will also be a rail line to the airport. Matt L is pretty pleased with the CL coverage.  However, he does criticise 3 of the 7 RONS being included as part of plans for Auckland when,

the strongest advocates for it are from Northland who call it a lifeline for their region – despite it not looking to do much for them. The rest are elsewhere in the country including some particularly expensive ones in the Waikato and Wellington.

Also is it just me or did Wayne Brown just suggest Far North transport priorities are being driven by what forestry truck drivers complain about?

The CFN does look like a pretty cool plan.  While it would free up funding for other areas of the country.  However, the funding issues will still be up for analysis and debate.

These issues are bound to be a significant part of the upcoming local council elections, and hopefully the progressive/left (Auckland) City Vision alliance will be providing significant focus on transport issues.  City Vision launched its campaign and new website yesterday (Sunday).  They claim,

“We are the only organisation across the Waitemata and Albert-Eden-Roskill wards to have full teams of candidates. Although we are already out campaigning in the streets and marketplace it is traditional to have a Launch and we are delighted that Hon Phil Goff MP, Denise Roche MP and Mayor Len Brown will be our official speakers” says Robert Gallagher, Chair, City Vision.

The City Vision website includes Transport choice as one of four main parts of its “vision”, along with Keep or assets, City with a heart and Proud Aucklanders.  As with the last council elections, this tends to cover central Auckland.  So I will be looking to see what Future West plans for West Auckland, with Sandra Coney and Christine Rose having already launched their campaigns under that banner.

According to the NZ Herald, Labour will also be running candidates in the council elections, but they and the Green Party will be working with City Vision on issues like transport and retaining community-owned assets.

This all looks like some very good progressive plans collaborations and organising, well worth getting behind.  I also think Auckland-based organisations need to be communicating with those in the regions as regards shifting the weight of future growth from Auckland and coordinating a fair dispersal of funding and development.