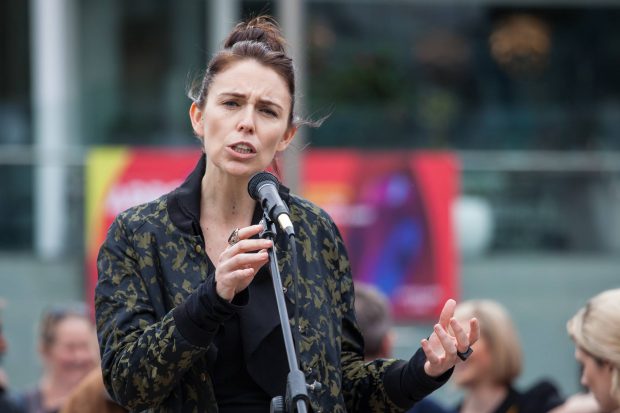 Man it has been good to be a left winger lately.  A few days ago Labour was looking at a really rough defensive campaign where it struggled to hold its vote.  Now anything looks possible.  And Labour has dominated the media for the past few days with positive stories in a way I have not seen for a long time.

Things have really changed from three years ago.

A present from Gerry Brownlee… Accusing me of being "Cheerleader-in-Chief" for Jacinda Ardern. Proof they are scared. pic.twitter.com/IHm3eoJjvi

And National cheerleader Mike Hosking has gone really weird.  A week ago he did not want a public debate about how much he is paid by the State broadcaster.  Now he wants to ask what Jacinda’s future plans for her uterus are.

"It is just a question!" – Hosking agrees with Mark Richardson pic.twitter.com/7FzUnUfL1k

Ridiculous in 21stC that #women in leadership positions are subjected to gender-based attacks. Are those who make them proud of themselves? https://t.co/pgqhVUuCYE

What has been noticeable is that the campaign now has real momentum. The money is flowing in and volunteers are signing up at record rates. Dare I say it but it feels like the campaign has the big mo.

I hope I have not jinxed things by saying this too early.

But all kudos to Labour’s social media team for this outstanding effort.

But we still have just over seven weeks to the election. And there is a great deal to do. The final word goes to Dovil:

18 comments on “The big mo #LetsDoThis ”