The casualisation of work 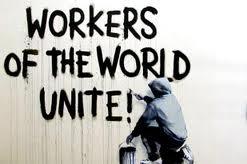 This is a trend that has been happening for years. The security of a full time job is becoming more difficult to find. Employment contracts are being designed and drawn up so that workers are at the whim of their boss about how many hours they actually work.

The potential repercussions for the Union movement are clear. Who would even join a Union if the possible result was less or no work.  And who would be prepared to be a Union delegate or even active in trade union activities if the consequence was no work.

And so we have zero hour contracts becoming more and more prevalent.  These are contracts where the amount of work a worker receives is entirely at the whim of the employer.  They are popular amongst fast food chains but are appearing in other industries.  Employment is being increasingly dominated by contracts where the security is minimal.

This issue was made personal for me recently.  A friend of mine’s son secured a job at Farmers for a guaranteed 28 hours a week. He was regularly working full weeks but the extra hours were handed out by his boss at their discretion.  The need to be compliant and non controversial would be obvious to anyone in my friend’s son’s position.

Mr Key said workers should get advice before signing contracts which said their employer was under no obligation to provide work, and that people should be careful to understand what they were signing up for.

“We have a very open and flexible labour market, so obviously people would want to be absolutely sure, if they were engaging in those contracts, that there’s a particular reason why and that they understand the consequences of those,” he said.

“I’m not the expert in them but obviously we always encourage people to get advice.”

Get that?  It is just a matter of getting advice.  Obviously Merchant Bankers and burger flippers can with  the right advice get the contractual terms they want.

Increased casualisation has occurred at the same time as the weakening of the trade union movement and the flow of resources to the rich away from the poor.  They are clearly related phenomena.  Under this current Government things are only going to get worse.

147 comments on “The casualisation of work”