The chaos of the Trump White House

Written By: mickysavage - Date published: 8:32 am, December 1st, 2017 - 22 comments
Categories: Donald Trump, International, the praiseworthy and the pitiful, us politics, you couldn't make this shit up - Tags: 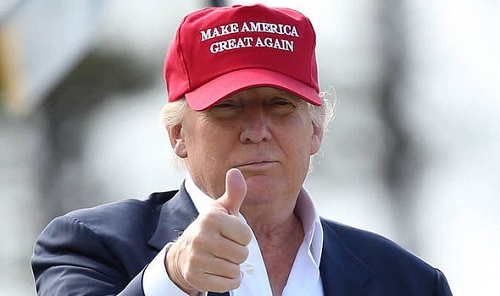 Early on president Donald Trump was the subject of a number of posts such was the shock and awe at how bad and dangerous a president he was.  Then the frequency of posts died down as the novelty wore off.  Others have religiously documented everything day by day, the website What the Fuck Just Happened Today being one notable contributor.

But lately the White House has hit new lows even by its standards.

First there was the President retweeting tweets from a far right UK activist allegedly showing acts of radical Muslim activity.  Even UK Prime Minister Theresa May thought it was wrong to share the videos, meanwhile Whitehouse hack Sarah Huckabee Sanders defended the tweets because the need for national security and military spending needs to be discussed. The fact that at least one of the videos is not what it is represented to be should have worried the White House but apparently does not.

Overnight there is news that Secretary of State Rex Tillerson, who infamously called Trump a moron,  is on the way out.  Tillerson’s mistake is that he was not extreme enough.  He tried to find a diplomatic solution to the North Korea issue and Trump spent his time undermine the remotest possibility that one could be found.

And there is the strange tale of the Alabama Senate election where Republican Roy Moore who decades ago was banned from a mall because he was so creepy and who has been accused of sexual misconduct with minors. Trump has publicly supported Moore even after the allegations were made public. Polling puts Moore slightly ahead in what is a very red state. Republicans clearly have variable standards when it comes to allegations of sexual impropriety.

And in the background is the Republican tax bill. The level of dishonesty here is high. The bill reduces tax for corporates and the wealthy and eventually increases it for the poor while also driving up State debt tremendously. The theory is trickle down will work to grow the economy and make things better. After so many tried when will the right realise that this does not work?

The theory is that Trump relishes chaos.  This theory seems more and more to be reality.

22 comments on “The chaos of the Trump White House ”