The corruption of democracy

The governance of the five nations linked by the Five Eyes Echelon spy network share many similarities in the ways the shining ideal of democracy are consistently being undermined.  In each country, the details are a little different, but they follow the same pattern.  Of the five countries, the US wields the most power with the UK being second-in-command, while Australia, Canada and New Zealand have the least leverage to maintain their own interests and independence.

The same kind of neoliberal, corporate-friendly, beneficiary-bashing, anti-worker, anti-democratic and big-brotherish measures favoured by the US and UK governments have been adopted by the Key government.  They don’t always take the same form, sometimes the NZ version is a little milder, but the end result is similar: more power and wealth for the 2% less for the rest.

So it is chilling to read the result of the latest measures by the UK Cameron government, aiming to tackle the use of corporate lobbyist to bribe members of the Houses of Commons and Lords, as reported by Seamus Milne in The Guardian. The evidence is as damning as it is shocking to those of us who favour democracy and a socially just and fair society:

First a Tory MP and then a clutch of greedy peers were caught on camera apparently agreeing to take cash from journalists posing as representatives of foreign companies. “Make that £12,000 a month,” grinned Jack Cunningham, Tony Blair’s former “enforcer”.

After Cameron and Clegg failed to respond, they finally came up with legislation to (allegedly) curtail such corrupt practices:

So on Monday they came up with a plan: to crack down on trade unions. Wrapped in a panic bill to set up a register of lobbyists are to be powers to police union membership lists and cut union spending in election campaigns. The first will make what is already the almost impossible task of holding a legally watertight strike ballot still harder. The second is a direct attack on Labour funding.

The contemptuous class cynicism of the coalition leaders’ response takes some beating. Not only are unions the most accountable and only democratic part of the political funding system; but by including anti-union clauses in the new bill, Cameron and Clegg want to ensure Labour’s opposition – all the better to change the subject and wrongfoot the opposition in the process.

This kind of Orwellian doublespeak, and diversion is a hallmark of Key’s government, as outlined by Russel Norman in his ‘Muldoon and Key’ post.  It doesn’t take exactly the same form as under the Blair and Cameron government’s, but the underlying aim is the same.  In NZ as Norman explains, as with Muldoon, the Key government’s anti-democratic measures includes “The concentration and abuse of power”, Rigidity against change”, and “Divisiveness”.  In explaining the latter, Norman outlines a more subtle form of corruption than that of UK lobbying:

To be with Key and National is to get special favours. It is to have tender processes designed so that you’ll win. It is to get $2 billion in tax cuts. It is to get shoulder-tapped for a top job by one of your old schoolmates, it is to get a job you applied for a month after it closed, or to get a job for which you were underqualified  because of your profile as a sportsperson and a Key supporter.

To be against Key and National is to be silenced. It is to have Ministers breach privacy obligations by releasing your personal information to the media. It is to be the subject of personal attacks from right wing lobbyists if you dare to speak out to protect the environment. It is to have “threats and budget cuts… used to silence dissenting voices,” according to New Zealander of the Year Dame Anne Salmond.

The NZ government’s abuses of power include extensive abuses of urgency in the House, anti-protesting laws, over-riding local democracy, disallowing rights to family carers, and the government’s Bill to make,

it legal for the GCSB to spy on New Zealanders and expands its power to do so.

The latter makes legal capabilities already used by the US government through its part in the Echelon electronic spy network using the Thin Tread and Prism capabilities. 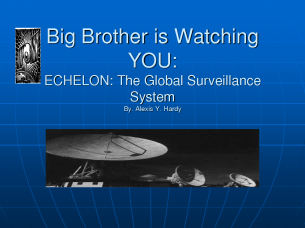 While John Key denies that the GCSB has been using such US-based systems to by-pass laws against spying on Kiwis, others have expressed concern.  Nicky Hager points to the undemocratic, Soviet style capabilities of the US agencies.  Meanwhile, “information technology and telecommunications lawyer Michael Wigley” argues that there is nothing to ensure the GCSB doesn’t make use of such systems in the future, and that,

The latest revelations related to the Kim Dotcom saga indicate the ways such powers can be used in the service of powerful corporates, in this case those of the Hollywood industry.  NZ Herald’s David Fisher claims that “top secret documents” show that Prism-like strings of data containing information on or related to Kim Dotocm were fed into the Echelon system.

Given the widespread corruption of democracy in the services of the rich and powerful elites, Green MP Stefan Browning is right to call for the end to:

He also urges people to submit to

and argues for an inquiry in to abolition of the SIS.  Browning also calls for measures to

Welcome to the Brave New World of Ministries of “Truth”.  Who can stop this widespread attack on democratic processes and replace it with a system that aims for a socially just, and fair society that works for the benefit of all?

69 comments on “The corruption of democracy ”