The cost of a US Harvard education: global land exploitation

US publicly funded universities struggle to get the funds they need to maintain their educational programmes (CNN 05/05/13).  Many resort to endowment investments to raise some necessary funds.  The “Ivy League” Harvard University stands out for it’s aggressive endowment enterprises, some of which exploit the people, communities, inadequate regulations and environment in relatively poor countries.

Harvard University has also bought a significant amount of productive land in NZ, in order to support the education of its students.

The endowment activities are managed by the university’s non-profit entity, the Harvard Management Company (HMC). It engages in investment-focused,  fund-raising enterprises in regions like Latin America and Africa.  There, some of the HMC’s damaging practices contradict other Harvard initiatives aimed at fostering environmental sustainability, and training African farmers to be self-sufficient.  HMC activities undermine its aim to provide support for students lacking sufficient funding.  HMC also aims to support the university’s educational and research objectives, especially in the sciences.

The Guardian reported in 2011, on the African “land grab” by US university endowment funds, with Harvard being one of the leading culprits, causing many people to be pushed off the land. According to a study by the Californian, Oakland Institute, some US universities were raising funds through the use of British hedge funds and European financial speculators.

Researchers say foreign investors are profiting from “land grabs” that often fail to deliver the promised benefits of jobs and economic development, and can lead to environmental and social problems in the poorest countries in the world. …

Much of the money is said to be channelled through London-based Emergent asset management, which runs one of Africa’s largest land acquisition funds, run by former JP Morgan and Goldman Sachs currency dealers. 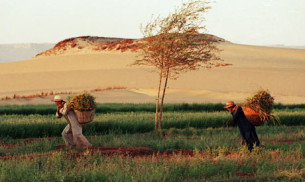 Operating through “complex layers of companies and subsidiaries“, the universities were investing large endowment funds.  They were criticised for taking advantage of weak regulations in poor regions of the world and over-stating the benefits to the local communities.

The HMC to be secretive, often masking the extent and impact of the its global activities.  About a week ago, Krishna Dasartha and Sandra Y.L. Korn, published a post on the Harvard Crimson (newspaper for the university) highly critical of the recently revealed activities of the HMC logging company Agrícola Brinzal in Chile.  They conclude that Harvard University should not be involved in such damaging enterprises, and that they should, at the very least, operate within local laws.

One of these is Agrícola Brinzal, which faces two lawsuits in Ancud. The National Forest Corporation (CONAF) pressed charges against the company for the illegal clearfelling of 189 acres of native forest, and also for breaching the forest management plan – they reforested 181 acres of land with eucalyptus instead of native plant species.

The eucalyptus trees are considered more profitable for the wood market because they grow faster than native species. 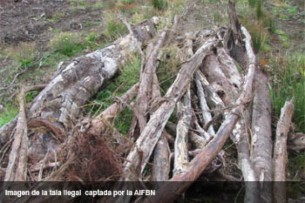 It has only recently become known that Agrícola Brinzal is managed by the Harvard’s HMC. This company had received significant subsidies from the Chilean government.

Strongly implicated in Brinzal’s activities in Latin America, is New Zealander Andrew G. Wiltshire. Earlier in his career, Wiltshire was in charge of forest planning and management at the New Zealand Forest Service.  He has worked for HMC since 2001, and is now its “managing director and head of alternative assets“.

A Sunday Star Times article of July 2012 by Charles Anderson, reports that Wiltshire played a key role in HMC’s land purchases and related enterprises in NZ.  The article begins,

The big question is why the Harvard Management Company has bought almost 200,000 hectares at an estimated cost of almost $1 billion?

Wiltshire won’t talk about such buy-ups, in keeping with the HMC managers’ “veil of secrecy”.  However, the HMC chief executive has stated that they rely on expert staff, such as those with forestry backgrounds (like Wiltshire), when analysing their investments. Harvard benefited from Wiltshire’s insider knowledge, and went on to make some significant (though somewhat erratic) profits from its Kaingaroa enterprise, as well as from the Maniototo Big Sky Farm that it bought a couple of years ago.  According to Anderson,

In 2003 the company bought 162,000ha of Kaingaroa forestry estate from the Central North Island Forestry Partnership after it went into receivership.

Before his move to Boston, Wiltshire worked with Kaingaroa developers the New Zealand Forest Service, then became a partner in GMO Renewable Resources, now an investment adviser for Harvard.

An article on Wealth Daily at the end of last year, claims that “Andy Wiltshire”, is the highest paid employee at Harvard.  This is apparently the result of HMC, “playing the insider game” by rubbing “elbows” with people in the know about the kind of private investment opportunities they pursue.  Certainly, the Harvard Management Company includes people with experience and connections in speculative and investment banking in its Executive Team and its directors.

Given its record of damage and exploitation, it is worrying that the HMC is one of the largest foreign landholders in NZ, and is expanding its operations.  The Otago Daily Times reported on May 1st, that the Overseas Investment Office (OIO) consented to Harvard’s Dairy Farms Partnership buying another farm in the Maniototo:

In its decision, the OIO said Harvard planned to upgrade the property to operate as a dairy and dairy support farm, which would create jobs in the area.

However, HMC’s dubious track record of failed promises in Africa and Latin America should make us cautious.  Their activities result in profits being siphoned off to pay for US education, while universities in the host countries (as in NZ) operate with relatively meagre funds.

We need to ensure that there are regulations to prevent NZ’s land and resources being exploited and damaged by ruthless profit-seeking entities.

51 comments on “The cost of a US Harvard education: global land exploitation ”